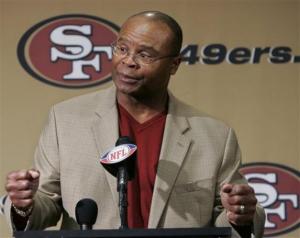 We are in week five and one thing looks to have changed a little bit. In the past, the NFL has been a league dominated by underdogs. This year, betting chalk has been the way to go most weeks. Teams are winning and they’re winning big. Is parity in the league going the way of the dinosaur? That remains to be seen, but we’ll take a look at week five to see what’s going on.

Here, we have the much maligned Carolina Panthers against a Washington Redskins team that hasn’t had much success scoring points. The Panthers are coming off of a bye and they’re 0-3. This is still a team with a good defense and a solid running game to go along with one of the best playmakers in the game. They absolutely must win this one to have any chance at turning their season around.

We like the home team here to cover the number. This is a perfect spot for a desperate Panthers team to get right against a Redskins team that is basically hapless. Four points is a very low number to lay in this spot, too. The money has been rolling in on Carolina, which is something of a concern, but we think the public might have gotten this one right. The Panthers were 8-0 at home last season, and they return basically the same group of players. It would be quite a surprise to see them drop to 0-2 at Bank of America Stadium.

Oakland has been a mess this season, and they are traveling all the way across the country to play the New York Giants. You might say that New York has an advantage here, and you’d most certainly be right. But this is the NFL, and it’s still incredibly difficult to cover a spread bigger than two touchdowns. This is true of every team, and the Giants haven’t exactly been a group a world beaters up to this point.

Taking Oakland here doesn’t mean that we expect them to win. They should have enough defense to cover this number, though. If you had to pick a first half line, you would go with the Giants, since Oakland will be dealing with jetlag and everything that goes along with a cross country flight.

Since 81% of the public is on the home favorite, we need to run the other way and take the underdog in this instance.

Here, we have another matchup between two good teams. The Falcons have played good football, but they’re going on the road for the second straight week and they have to head across country for this one. Meanwhile, the 49ers have shown to be a tough out at home. The defense is good, as Mike Singletary has his guys playing big time football. Among the stars on that defense is Patrick Willis, who really seems to have a good grasp on the principles of tough football.

The 49ers aren’t spectacular on offense, but they pound the football as well as any team in the NFL. When you combine their solid defense with that running game, you have a recipe for success. They are at home going against a young quarterback, and we have to believe that Singletary is going to dial up a good bit of pressure in this one. It’s a matchup you have to like, and laying only 2.5 points is a gift from the books. Play San Fran here and cash this NFL pick in.