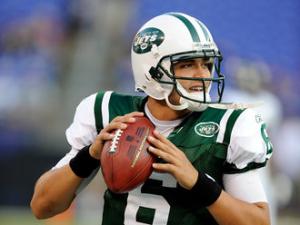 We have made it all the way to week four and things start getting a little bit easier from here. Now we know what to make of most teams, but the lines are also getting a little more solid. There are three games this week to keep an eye on if you’re in the mood to make some profit.

The line seems a little high, but then you have to consider a lot of the “other” factors that are going into this game. Oakland has a shaky quarterback going on the road to a tough environment. Likewise, the Raiders are coming across two time zones to play an early game. They’ll be kicking it off at 11AM Pacific time, and that makes a difference.

It’s also worth noting that the Texans still have a pretty good football team. They are solid at quarterback, and they’ve built the team around a good defense. The Raiders have shown improvement, but they are still a mess from a leadership standpoint.

One interesting thing to note is that the Raiders are the public favorite here by a big margin. When the public is on a road underdog as heavy as they are here, we should run the other way and pound the favorite. That’s the pick here, as Houston gets back on track at home against a weak, jetlagged opponent.

Here we have the winless Buccaneers going against a Washington team that’s desperate to keep itself in the hunt for the NFC East. The Skins can ill afford to drop another game, and they get a Tampa team that hasn’t yet sorted out its offensive situation.

In this game, we are going to go with the Redskins, who have been traditionally very tough at home. There is a reason for this pick, and it has an awful lot to do with line movements. The game opened with Washington as a 7-point favorite, and the public has been betting Tampa Bay hard. We know that when the public bets the road underdog, you want to jump on the home favorite. Vegas has been enjoying the Tampa money, too, as they have moved the line an additional half point to attract even more money on the road team.

You won’t win every single time when you follow these strong line trends, but we are going to trust that Vegas knows what they are doing more times than not. When you throw in the fact that Tampa Bay is a team in turmoil, this NFL pick gets much easier to make.

We are going with the road underdog here, as the public is loading up on a New Orleans team that’s been good so far. One thing that we know about New York is that they can really play defense and they can really get after the quarterback. The one way to knock the Saints off balance is to pressure the QB.

Ultimately, this is a game that Brees, Bush, Payton, and company should win at home. But seven points is a lot of lumber to lay against a Jets team that has knocked off New England already and has won on the road at Houston. They should have enough firepower to at least keep this game close.

We are going against the public in all three games, and that is usually a good way to go 2-1. With a solid mix of home teams, road teams, favorites, and underdogs, we should feel good heading into Sunday with this card.