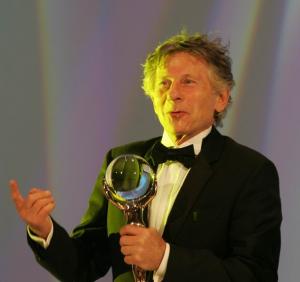 Director Roman Polanski’s Swiss lawyers filed a motion Tuesday asking for his release from prison while his legal proceedings play out—the first step, many say, to his avoiding extradition to the U.S. The motion asks for bail and other undisclosed “guarantees”.

The Swiss Justice Ministry spokesperson Guido Baimer, who announced the motion, said that a decision would be made “within the next weeks”. Until The Swiss Federal Criminal Court’s decision is handed down, however, Polanksi will remain behind bars in Zurich.

The motion is likely to be denied, say legal experts, amounting to several weeks, if not months, of jail time for Polanski as motions are filed and appealed. Currently, the Swiss court is deciding on the legality of the American’s request to apprehend the director when he landed in Zurich. In a separate legal action, Polanski’s lawyers will contest the expected extradition request from the US, which has yet to be received.

Back in the US, Polanski has been requesting that the case be dismissed on charges of misconduct by both judge and prosecutor, after evidence surfaced in a recent documentary.

Polanksi had traveled to Switzerland to accept an achievement award from a film festival when he was arrested on a 31-year-old warrant. In 1977, agreeing to plea bargain, Polanski pleaded guilty to unlawful sex with an under-age girl. The judge later revoked the plea bargain and was expected to hand down more jail time, when Polanski fled the country.

The director has been living in Paris since. However, he widely travels throughout Europe and regularly crosses the border into Switzerland, owning a chalet in Gstaad.

His victim, Samantha Geimer, who long ago revealed herself, is also asking the charges be dropped. She sued Polanski privately and received an undisclosed amount in damages.

Meanwhile, post-production on his latest film “The Ghost”, starring Pierce Brosnan, has been halted.

Some information for this report provided by AP and the Press Association.