RPRN Sports Predictions:NFL’s Week 3 – Get Tough or Get Out Picks 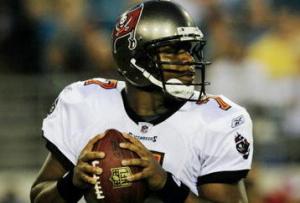 Week 3 of the NFL season is when teams have to get tough. Some squads are sitting pretty at 2-0. Some are looking right down the barrel of a disappointing year after starting 0-2. This week does offer some intriguing matchups and as fantasy players, we should see some nice opportunities. Here are the three NFL picks on the board in week three.

In the NFL, we’ve got to be very careful picking against desperate teams. The Cowboys might qualify for that with their 1-1 start, but it’s much more likely that the 0-2 Panthers are going to acquit themselves well with their backs against the wall. Carolina was 12-4 last season and they expected big things this year. They showed some signs of life against Atlanta last week, and nine points is a lot of chalk for the Cowboys to be laying. Even on Monday night in the new stadium, the Cowboys won’t be able to cover this against a solid Carolina team. With the holes in the Dallas defense, there’s a good chance that the Panthers will score in the high 20s, which should be enough to cover the number, An outright win here for the Panthers isn’t out of the realm of possibility.

We’ve got to go with at least one home underdog this week, and Tampa looks like a solid one. The Bucs are 0-2 and you should know by now that we really like desperate teams. That’s not the only reason to look at Tampa for a cover in week three. The Giants are coming in for their second straight road game after winning at Dallas on Sunday night. They didn’t look overly powerful against the Cowboys, and playing two road games in a row can really take its toll on a team.

The Bucs showed a little bit of fight last week, though they failed to cover or win at Buffalo. Still, this line is mysteriously low and too many people are betting the Giants. Look for a close game where New York pulls out a win late. The seven points are a gift in a situation like this.

This one is pretty simple in my estimation. The line opened with New England being a six point favorite, and the majority of public money has been on the Patriots. Even with those trends, the line has dropped two full points in the favor of road underdog. The books are begging people to continue with their New England action, so we will go the other way and take a tough Atlanta team.

Atlanta might not win this one outright, but they are getting more than a field goal, so it’s a bet we really like. Matt Ryan has shown the ability to throw the ball for big yardage, and they have a strong running game with Michael Turner toting the mail. Meanwhile, New England doesn’t look fully healthy, with Randy Moss not being himself and Wes Welker struggling through injuries. Even Tom Brady hasn’t been sharp, and this New England team probably should be 0-2 if not for a typical Buffalo Bills blunder late in the opener.

Take the points in a game that Atlanta might win outright.