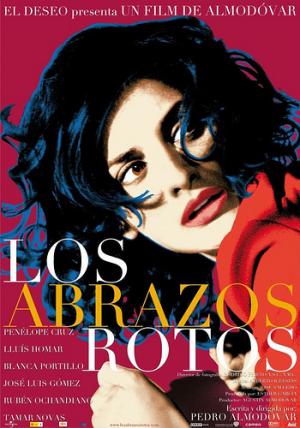 Film enthusiasts don’t get much of a break in Montreal. The World Film Festival closed less than three weeks ago, and the next big film event is already well on its way. Eleven full days of screenings of new films from around the globe are to be expected. The most recent creations of various internationally renowned directors, as well as those of filmmakers yet to be discovered, will be accessible to all from October 7th to October 18th 2009, for the 38th edition of the Festival du Nouveau Cinéma presented by Quebecor.

This year, the FNC has over 250 films from 48 countries up its sleeve, which gives those attending the event an opportunity to enlarge their knowledge of the world and its current social tribulations, and to open their minds to new forms of world-wide contemporary cinema. Festival-goes will find that there’s something for everyone, whether they prefer full-length films, shorts, animations, documentaries, or all of the above. The screening venues are Cinéma Impérial, Cinéma du Parc, EXcentris and Cinémathèque Québécoise.

The 38th edition of the Festival du Nouveau Cinéma will open on Wednesday October 7th with the world premiere of Les Dames en bleu (Ladies in Blue) by Quebecois director Claude Demers. This documentary trails five elderly women as they speak about their everlasting passion for one of Quebec’s most prominent music icons of the 20th century, Michel Louvain, whom they were deeply infatuated by in the 1950’s. Eleven days later, the festival will come to an end with Les derniers jours du monde (Happy End) by brothers Arnaud and Jean-Marie Larrieu from France, and starring Mathieu Amalric, Catherine Frot and Karine Viard. It is an adaptation of Dominique Noguez’s apocalyptic novel about a man’s final romantic odyssey.

The FNC’s screening categories are: Special Presentation, International Panorama, Focus, Temps 0, Short Films and Retrospective/Tribute/Encounter. The prizes to be won in this festival are the Louve d’Or Award which goes to the best film in the International Selection category, the Acting Award, the AQCC Award (Quebec’s Association of Film Critics), the Grand Prix Focus – Cinémathèque québécoise, the Grand Prix Focus – Short Film, and the Daniel Langlois Innovation Award (for the film that stands out the most for its originality).

In the Special Presentation section, the latest films of 17 internationally renowned directors are on the festival’s program, including Danish director Lars Von Trier’s ( Dogville, Dancer in the Dark) much-anticipated Antichrist, starring William Defoe and Charlotte Gainsbourg. While exploiting his usual scandalous themes of morality crisis and regression of mankind, Von Trier adopts a completely new genre and style which combines religious fantasy and psychological horror. Broken Embraces, directed by one of Spain’s most prominent filmmakers Pedro Almodóvar (Talk to Her, Bad Education, Volver), and starring Penelope Cruz, is one of the star films in this category as well. The program also enlists Bluebeard by Catherine Breillat (France), Eccentricities of a Blond Hair by Manoel de Oliveira (Portugal), No one knows about Persian Cats by Bahman

The International Panorama section’s purpose is to sensitize the audience on current social and political issues going on in different parts of the world. The films chosen to take on this mission are Behind Jim Jarmusch by Léa Rinaldi (France), Dirty Mind by Pieter Van Hees (Belgium), Goodnight Irene by Paolo Marinou-Blanco (Portugal), House of Satisfaction by Jesse Hartman (United States) and She, a Chinese by Xiaolu Guo (United Kingdom/China), among many others.

The Focus section concentrates on Canadian and Quebecois films that put forward a statement about their culture and society. Some of the features scheduled to screen under this category are All Fall Down by Philip Hoffman, Cole by Carl Bessai, Élégant by Yan Giroux, New Denmark by Rafaël Ouellet, Passenger Side by Matt Bissonnette, The Trotsky by Jacob Tierney and Zed in Tokyo by Vali Fugulin.

The Temps 0 section will open with the Omar Majeed’s documentary Taqwacore: The Birth of Punk Islam. Also, the legendary master of zombie films George A. Romero (Night of the Living Dead, Dawn of the Dead) will make an appearance at the festival to present his latest film Survival of the Dead, and to receive a Louve d’honneur for his film and his overall enormous contribution to horror cinema. French comic strip artist Riad Sattouf’s generational teen comedy Les beaux gosses (The French Kissers), which aired at the 2009 Cannes Film Festival and was praised by critics, will also screen under this category.

Various retrospectives are to be on the lookout for as well: Jane Campion retrospective (director of The Piano, The Portrait of a Lady, Holy Smoke), Encounter with Andrea Dresen (director of Whiskey/Vodka, Grill Point, The Policewoman, Silent Country), 50 Years of Cuban Cinema (Mauricio’s Diary by Manuel Pérez Paredes, Memories of Underdevelopment by Tomás Gutiérrez Alea, Vampires in Havana by Juan Padrón), Tribute to Kurt Kren (Australian director and precursor of the 1970’s structuralist cinema), Tribute to Reynald Bouchard (gifted and celebrated Quebecois actor from the 70’s), EXcentris Film Cabaret (three nights of multisensory projections), Life for a Child (the projection of Ed Lachman documentary on children suffering from diabetes), and last but not least, Spotlight on Turkish Cinema (Should I Really Do It? by Ismail Necmi, Conscience by Erden Kiral, Men on the Bridge by Asli Özge, Two Lines by Selim Evci).

Until September 30th, Festival passes will be on sale, and presale for screening tickets will begin on October 3rd. The Festival du Nouveau Cinema’s official website has all the details: www.nouveaucinema.ca. Enjoy this terrific cinematic experience!