HSA: Stop the Seal Hunt and the Trade in Cat /Dog 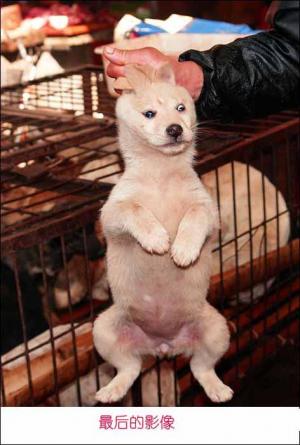 Humane Society International/Canada strongly disputes statements contained in an internal memo to Agriculture Canada, released by Canadian Press yesterday. In it, government officials urge Agriculture Minister Gerry Ritz not to follow the United States and European Union in banning cat and dog fur imports, arguing that such an action could undermine Canada’s case against nations that have prohibited seal product trade.

“Cats and dogs — as well as seals — suffer unspeakable terror and pain as they are slaughtered for their fur,” said Rebecca Aldworth, director of Humane Society International/Canada. “Canadians want the seal hunt to end, and the trade in cat and dog fur to stop. It’s time our government listened to its citizens on both issues and stopped acting as a shill for the commercial sealing industry.”

Undercover investigations by HSI and others have revealed extreme suffering in the production of fur in China, where the bulk of the estimated 2 million dog and cat skins originate. Live skinning of animals has been repeatedly documented, including video of a German shepherd being skinned alive in plain view on a public street.

Although the United States and the EU have prohibited the import of dog and cat fur, Canada has yet to implement similar restrictions. Under the World Trade Organization Agreements, nations can justify trade prohibitions in certain circumstances, including where necessary to protect public morals or to protect humans, animals, or plant life, or health. Such measures must also not be designed or applied in a discriminatory manner. Subject to these requirements, Canada would be entirely within its rights to ban trade in cat and dog fur products. Under similar reasoning, the EU’s recent ban on seal products trade is justified under the WTO, a conclusion endorsed by leading trade law experts. Notably, Canada’s largest trading partner, the United States, has banned its trade in cat and dog fur as well as seal products (the latter since 1972).

Given the vast majority of people in Canada and around the world abhor the slaughter of cats and dogs for fur, Canada’s refusal to act to stop the gruesome trade in dog and cat fur products on the basis of unsubstantiated WTO concerns ignores prevailing public opinion and only serves to propagate this gruesome practice. Moreover, using WTO concerns over a possible dispute involving seal product trade as an excuse not to act also ignores widespread public support – in Canada and elsewhere – for an end to the trade in seal products. Indeed, recent polling shows 86 percent of Canadians supported the right of the EU to ban its trade in seal products, while 79 percent of Canadians oppose our government spending money and effort to defend the commercial seal hunt (Environics Research 2008).

Humane Society International/Canada is a leading force for animal protection, representing tens of thousands of members and constituents across the country. HSI Canada has active programs in companion animals, wildlife and habitat protection, marine mammal preservation and farm animal welfare. HSI Canada is proud to be a part of Humane Society International — one of the largest animal protection organizations in the world, with more than ten million members and constituents globally — on the web at hsicanada.ca.