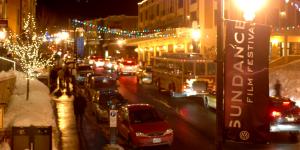 – Sundance Institute announced today the projects chosen to participate in its annual Sundance Institute Theatre Lab at White Oak. The two projects selected for this season’s Lab are Like Water for Chocolate, a musical adaptation of the best-selling 1989 novel by Mexican author Laura Esquivel composed by Lila Downs and Paul R. Cohen with book by Quiara Alegria Hudes; andLittle Miss Sunshine, a musical adaptation of the popular 2006 film by Jonathan Dayton and Valerie Faris with music and lyrics by William Finn, and book and direction by James Lapine. Under the artistic direction of Philip Himberg, Producing Artistic Director of the Sundance Institute Theatre Program, the Lab runs October 25 through November 7, 2009 at White Oak in Yulee, Florida.