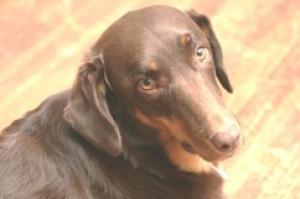 People for the Ethical Treatment of Animals (PETA) is calling on  the director of the National Heart, Lung, and Blood Institute (NHLBI), a branch of the National Institutes of Health, to pull public funding of deadly experiments on dogs conducted by George Billman of Ohio State University (OSU). Billman has killed more than 700 dogs in redundant experiments, purportedly to “prove” results that are already widely known—that exercise strengthens the heart and that omega-3 fatty acids protect it. PETA has also issued a detailed report on the dogs’ suffering and the fact that they came from “random source” dealers—a U.S. Department of Agriculture (USDA) designation that means the dogs were not bred by the dealer and may have been someone’s animal companion—as well as the irrelevance of the procedures to human health.

For nearly three decades, Billman has been using taxpayer dollars to cut dogs open and induce heart attacks in them before inserting a cuff around an artery and forcing the dogs to run on a treadmill. He then tightens the cuff, which induces a second heart attack. Billman’s conclusions on the importance of exercise and omega-3 fatty acids have been common knowledge for decades. By his own admission, a staggering 256 of the 768 dogs Billman used in the experiments over a period of 25 years died—either on the operating table, in the days following the surgery, or after being excluded for medical reasons or because of equipment failure—before data could even be collected to test his “hypothesis.”

PETA reviewed the medical records of 10 dogs recently used in these invasive and trauma-inducing experiments and uncovered evidence of considerable suffering. The fate of dog #3017—a brown hound dog with a white face—is typical. The dog arrived at OSU in apparent good condition, but 37 days later, she was found dead in her cage. She suffered her first heart attack on the operating table, but that didn’t stop Billman from running her on the treadmill twice and inducing two additional heart attacks. Two days after #3017’s third heart attack, she died in her concrete and steel cage, alone and most likely in pain.

All 10 of the dogs whose records PETA reviewed came from Robert Perry, a Class B dealer who purchases dogs from individuals in Ohio, Kentucky, and West Virginia. The dogs could have been animal companions who were lost or stolen, or they may have been surrendered by well-meaning people who had fallen on hard times and hoped that Perry could find a better home for their beloved companion. Instead, Robert Perry sold these trusting animals to OSU, where they were mutilated and killed in pointless experiments.

In addition to rescinding Billman’s funding, PETA is asking the NHLBI to conduct a thorough audit of the experiments to ensure that no public funds were used in abusive activities that failed to comply with the minimal federal guidelines governing the use of animals in laboratories.

“In a time of exploding budget deficits, our tax dollars are being used to hurt and kill hundreds of dogs in redundant experiments that hold no medical benefit for humans,” says PETA Vice President of Laboratory Investigations Kathy Guillermo. “George Billman’s experiments are a textbook example of cruelty to animals and government waste.”