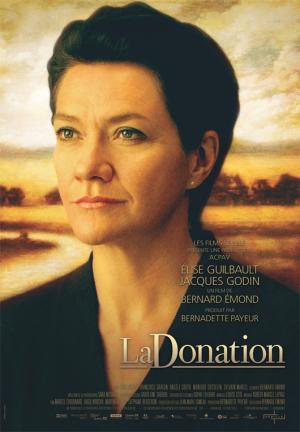 One of the world’s most prestigious film events came to an end Sunday (September 19th) following the much-anticipated Awards Reception. The award-revealing ceremony for the 34th Toronto International Film Festival took place at the Intercontinental Hotel on Front Street, after ten full days of screenings, but also concerts, performances and various events.

The jury of this important cultural event announced its selection of winning features and filmmakers at Sunday’s festival closure. The film professionals summoned to fill this task were filmmakers Jerry Ciccoritti and Peter Lynch, Canadian novelist Kerri Sakamoto, and director of programming for the Hot Docs International Documentary Festival Sean Farnel. First and foremost, The Skyy Vodka Award for Best Canadian First Feature Film went to Alexander Franchi for The Wild Hunt, an imaginative creation about the thin line between game and reality, role-play and true existence. The city of Toronto and Astral Media’s choice for Best Canadian Feature Film was Ruba Nadda’s Cairo Time, a lyrical and romantic drama set in Egypt about a woman who falls for her husband’s friend. A special Jury Citation was also awarded to Quebecois director Bernard Emond for his latest film La Donation (The Legacy).

The International Fipresci jury (International Federation of Film Critics) consisted of Jan Schulz-Ojala, Hynek Pallas, Kirill Razlogov, Denis Seguin, Jorge Gutman and the president of this jury, Diego Lerer. The Fipresci Prize for Discovery was given to Indian director Laxmikant Shetgaonkar for The Man Beyond the Bridge, a humane film about the growing relationship between a widower and an outcast madwoman he willingly chooses to take care of, in a harsh rural-India setting. The winner of the Fipresci prize for Special Presentations was French director Bruno Dumont for Hadewijch, a film that fascinatingly explores extreme religious devotion through the eyes of a pious character whose experiences bring the consequences of fundamentalism to light.

The festival’s audience also had its word to say, for the Cadillac People’s Choice Award winners are elected by the public. Australia-born director Bruce Beresford’s Mao’s Last Dancer and renowned French filmmaker Jean-Pierre Jeunet’s Micmacs came close to victory, but Lee Daniels was the one who took home the prize for Precious: Based on the Novel “Push” by Sapphire, and produced by Oprah, an inspiring drama set in Harlem, about an illiterate African-American teenager’s struggle with pregnancy and severe family troubles. The audience also found Leanne Pooley’s The Topp Twins to be the festival’s best documentary, awarding the filmmaker with the Cadillac People’s Choice Documentary Award. Michael Moores’ Capitalism: A Love Story was a close second. Last but not least, Michael and and Peter Spierig’s Daybreakers came close to winning the Cadillac People’s Choice Midnight Madness Award, but Sean Byrne took home the prize for his horror film The Loved Ones.

After the Awards Reception, the 2009 Toronto International Film Festival officially closed its doors, but is expected to return next year for its 35th edition bigger and better than last.