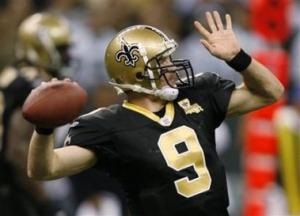 With opening week in the books, the big boys get ready to try their hand at week two, and for bettors that means there is a lot of opportunity out there. Once again, we’ll try to crack the sports books with our three best picks of the weekend. We now know a little bit more about every team out there, and this week has some nice values on the slate for guys who like to slam the money down on the pigskin.

The Saints opened as lined underdogs at Philly this week, but the line has quickly moved and looks to be heading in the other direction. At current standing, the game is a pick, and there are lots of reasons to go with New Orleans here. The Saints got the year kicked off with a bang, beating up on the hapless Lions in week one. The Eagles defense will provide a bigger challenge, but New Orleans hasn’t had trouble putting up points on anyone over the last couple of seasons.

When making this NFL pick, the real question mark lies with the Eagles and their quarterback situation. McNabb is banged up and that could be a real problem for an offense that’s already lacking a little bit in the way of playmakers. Look for the Saints to light up the scoreboard and win this game by a touchdown, while the Eagles lick their wounds.

When New England travels to the Meadowlands this week, they’ll be working on short rest. They’re lined favorites against the 1-0 Jets even after a showing in week one that was less than impressive. New England barely escaped dropping a home opener against the surprising Bills, and this week they will run into a much more difficult challenge.

The Jets went on the road and beat up on Houston behind a strong running game and efficient play from rookie Mark Sanchez. This week, they will try to once again play the Patriots tough. The line opened at -6, and has been bet hard by the public, who is all over New England. Strangely, the line has moved down, prompting more money to be put on the Pats. We like home underdogs in the NFL, and with this type of line movement and the way the teams looked in week one, this is a real no brainer. New York might get the job done outright, but take the points just for insurance.

In the past, one of the best trends in NFL handicapping has had everything to do with travel and logistics. Teams from the west coast just don’t have any success coming east to play early games. The Cardinals will be teeing it up in north Florida for what amounts to a 10 AM game their time. This doesn’t bode well for the Cards, just as it hasn’t for other teams making the early season jaunt in the past. We should also add to this that more than 65% of the public money is coming in on the road team here. When the public bets a road underdog in a situation like this, the smart money is on the favorite. Garrard and the Jaguars will get it done here against a sluggish Arizona team early in the morning.