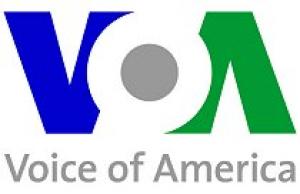 To mark the anniversary of the September 11, 2001 terrorist attacks, the Voice of America’s (VOA) Spanish Service is airing online stories that examine how people are coping after eight years.

“9-11 had a tremendous impact all over the world, including Latin and Central America,” said Alberto Mascaro, Director of VOA Spanish. “Our series is designed to educate our viewers and listeners about the long-term legacy of the attacks on New York and Washington.” Nearly 3,000 died in the attacks.

To report the series, “9/11: Eight Years Later,” VOA sent a team of producers to New York to look at the city which experienced the deadliest terrorist attack on U.S. soil.

The stories include, “Music and 9/11,” which profiles commemorative songs composed and performed by some of the world’s most popular musicians, and “Living With Post-Traumatic Stress” – a report on the enduring psychological scars left on those who survived.

The Voice of America, which first went on the air in 1942, is a multimedia international broadcasting service funded by the U.S. Government through the Broadcasting Board of Governors. VOA broadcasts more than 1,500 hours of news, information, educational, and cultural programming every week to an estimated worldwide audience of more than 134 million people. Programs are produced in 45 languages. VOA is the leading U.S. international broadcaster.

Source: The Voice of America