Social Networking Apps Rank Amongst Most Popular with iPhone Users 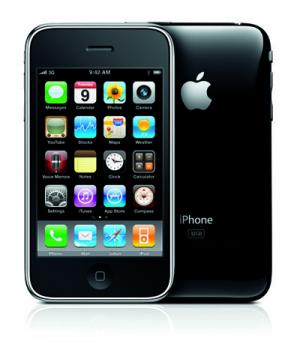 The quarterly Smartphone Intelligence survey, released Thursday September 10 2009, shows that iPhone and other smart phone users use apps that are personal and social.  Entertainment, games, music, social networking and weather are all among users’ favorite apps across all platforms.

The survey, conducted by Compete, provides insights into how customers are using their iPhones and other smart devices. Among the findings, iPhone users are more likely to spend money on their apps, preferring those priced under $5.

iPhone users are also the most active social networkers of all the smart phone users. Among the social networking apps, Facebook has won out as the iPhone app of choice. Approximately 71% of users use the app to access their account, and 37% list Facebook among their top three most used apps.

With 72% of iPhone users downloading 10 or more apps, iPhone is leading the way in apps. “With the massive number of applications downloaded to date, the iPhone has taken an early lead in getting owners to adopt app functionality and make popular applications a part of their daily lives,” said Danielle Nohe, director of telecommunications and media for Compete.

The explosion of iPhone apps can be seen everywhere in the tech world, with developer conferences popping up monthly. Most recently, Plug and Play Tech Center  in Sunnyvale, California, is opening the doors to their October 1st 2009 Expo to app companies looking to make a splash with Silicon Valley execs and Venture Capitalists.

At the Expo, one of the best places to spot the next best thing in technology, top pre-selected companies compete for the chance to present their companies to the panel of top-tier VCs and executives.