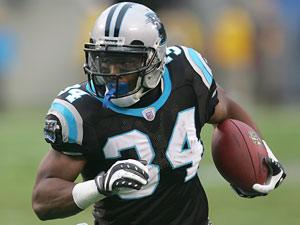 It’s week one of the NFL season and that means a few things. For fantasy players, it’s a chance at a fresh start, but getting it right in the early season is a tough task. Having a handle on teams from day one is not always easy, but it can be done. Here are three of the best games out there for guys who want to kick off 2009 with a bang.

The dogs are typically barking early in the season and that bodes well for the Jets in this game. Last season ended with these teams heading in opposite directions. New York failed to cover in four of its last five games, while Houston went 4-1 against the spread down the stretch. But now, things are a little bit different as New York has a new quarterback under center and a new coach at the helm.

One thing to note here is the heavy public action on the Texans. With 75% of the public coin flowing on the Texans -4.5, there is reason to jump the other side here. These two teams have dynamic defenses, with New York making major upgrades to their defensive line in terms of both coaching and personnel. Houston stumbled out the gate last season with four straight losses, and has some injuries to worry about early in this season, as well. All of that tells us to take the Jets and the 4.5 points, which don’t seem like much, but will come in handy during what figures to be a close football game.

Beware of the road favorite early in the NFL season, especially when the public is pounding the line every which way possible. That’s the case here, as Philadelphia takes to the road to face the remains of a pretty good Carolina team. The Panthers have struggled in the preseason, but when the defense is completely healthy (as it should be in week 1), they are a difficult team to beat. Jon Beason and Thomas Davis combine to make up one of the best linebacker duos in the NFL, and there is still a formidable rushing attack to go along with that.

The Panthers haven’t done a whole lot to upgrade their personnel from a year ago, but they shouldn’t exactly have to. They were good enough to win the NFC South a year ago, and look like prime contenders for that distinction again in 2009. They come in week one as underdogs to the Eagles, and the public is hitting the Eagles spread and moneyline incredibly hard. The Panthers were 8-0 at home a season ago, scoring 27 points or more in six of those games. There are a bunch of indicators to go against the public and play the better team at home in this spot.

Remember what we said about those pesky home underdogs? Here’s another one, and this time, the public is betting Minnesota bigger than any other team this week. With more than 90% of the public money coming in on the road favorite, it is time for us to run decidedly in the other direction.

The Brett Favre regime has begun in Minnesota, but if it’s anything like his year-ending work in New York, there isn’t a whole lot to be excited about. Favre’s penchant for turning the ball over, mixed with all of the turmoil that the Vikings have gone through this offseason make this a nice time to play Cleveland at home.

With the Browns, we have a team that was able to keep a lot of home games close last season, despite not being able to post many solid results. Their lone big win was a Monday night game against New York when they took down the Giants by three touchdowns. Aside from that, the homestanding Browns were able to keep the score within four against the likes of Pittsburgh, Denver, and Indianapolis.

There is plenty of reason to believe that Cleveland can play well in front of what should be a hostile Cleveland crowd. With Brady Quinn at the helm, they have a chance to score some points, too. Take the dog here, and capitalize on all of the Favre interceptions.