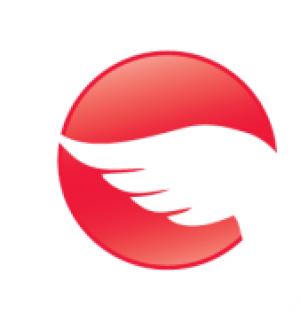 “Social media has become a cornerstone of any company’s marketing mix, and can no longer be ignored. That’s where the conversation is happening, with or without you,” says Anne Howard, CEO and Editor-in-Chief of RPRN. “We are honored that Plug and Play Tech Center chose us as their partner in their efforts.”

The Plug and Play Expo, held on October 1st and 29th 2009 at their Silicon Valley location, is a one-day showcase of the best and brightest emerging Consumer Internet, Digital Media, Software, Mobile, Gaming, and Cleantech companies from around the world.

This premiere one-day event brings together entrepreneurs, Silicon Valley executives, top-tier venture capitalists, key angel investors, and the members of the media under one roof.

Out of hundreds of applicant companies, 40 are chosen by a panel of venture capitalists, Silicon Valley executives and media to participate in the Pitching Competition. The top three are asked for a more in-depth presentation, where they have ten minutes to present to and answer questions from VCs.

“The Plug and Play EXPO is our biggest event of the year where entrepreneurs can pitch their ideas to top Venture Capitalists and get a chance to showcase their great startup ideas to Silicon Valley influencers” says Saeed Amidi, President and CEO of Plug and Play Tech Center.

Companies are also given the opportunity to demonstrate their product or service offering directly to attendees one-on-one, in an intimate and relaxed setting.

The partnership also marks the launch of Version 1.0 of RPRN’s custom-made White Label Corporate Pressroom—a fully-integrated white label publishing platform that allows Plug and Play to take full advantage of RPRN’s traditional media distribution channels while harnessing the power of online media with a one-click social media outreach that enables the propping of communiqués on 20 different social media platforms with one-click, all under the PnP brand name.  Several upgrades are planned for the upcoming months.

About Plug and Play Tech Center—

Founded in 2006, Plug and Play Tech Center is the leading startup accelerator in the Silicon Valley. More than 250 startups have raised capital in excess of $700 million after partnering with Plug and Play Tech Center, which connect entrepreneurs, leading venture capitalists like Draper Fisher Jurvetson, Canaan Partners, Accel Partners and more, angel investors and corporate partners like Google, Microsoft, Sun Microsystems, Ebay, Yahoo! and more. The unique collaborative community also includes universities such as Cornell, MIT, Harvard and Stanford. More than $2 billion in value has been created through exits and acquisitions. Silicon Valley locations include Sunnyvale, Redwood City, and Palo Alto with a total of 200,000 square feet.  The newest locations are in Los Angeles, Hollywood, and Glendale with a total of 465,000 square feet.

Founded in 2008 by CEO and Editor-in-Chief Anne Howard, RPRN is an online newswire with enhanced press and social media release distribution services. Since its launch it has published over 4,000 articles—both original content and corporate press releases—with scheduled growth when French and Spanish capabilities are introduced in October of 2009. It currently employs 6 with over 200 freelance journalists around the globe.