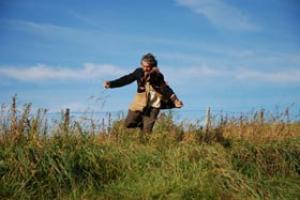 – Last night at Theatre Maisonneuve, the 33rd edition of the Montreal World Film Festival celebrated its closure after twelve full days of perpetual screenings of films from over 70 countries.

The ceremony was animated by the festival’s General Director Danièle Cauchard, who started off the evening by thanking all those who contributed in making this important cultural event such a huge success.

The first prizes of the evening were given to the most popular films voted by the public in various categories. The public’s choice for the most popular Canadian feature film was unsurprisingly Un Cargo pour l’Afrique (A Cargo To Africa), directed by Quebec’s very own Roger Cantin. This award gives Cantin the opportunity to have his film translated in every European language. The public decided that the Best Documentary was L’important c’est de rester vivant (The Main Thing Is To Stay Alive), by director Roshane Saidnattar, a survivor of the 1970’s Cambodian death camps. Through this film, she finds the strength to talk about her atrocious experiences. The Public Award for the Most Popular Feature Film went to Korkoro (Freedom), by prestigious French director Tony Gatlif, who modestly accepted the prize, saying that any of the competing films could have easily taken the win instead.

The First Feature Prize Jury (George Jetter, Alissa Simon and Kevin Tierney) then announced their choices for the three best first filmic attempts. The Bronze Zenith went to Los Canailles (Riff Raff), a feature created as a final film-school project by Ecuadorian filmmakers Cristina Franco, Jorge Alejandro Fegan, Diego Coral Lopez and Nataly Valencia. While accepting this prize, they declared their win is proof that will and passion are all it takes to make films. The Silver Zenith went to When the Lemon Turns to Yellow, by Iranian director Mohammadreza Vatandoost. Last but not least, the Golden Zenith for Best First Fiction Feature Film was given to Je te mangerais (You Will Be Mine) by French director Sophie Laloy, who could unfortunately not be present to collect her trophy. Judith David, the main actress of the film, received it in her honor.

The Jury Award for Best Short Film went to Pigeon: Impossible by American independent animation filmmaker Lucas Martell. The Innovation Award was given to Atashkar (Fire Keeper), Iranian feature directed by Mohsen Amiryoussefi, about a man torn between his wife’s demands to undergo a vasectomy and those of his dead father who appears to him in his dreams. The Best Atistic Contribuation Award was presented by Diane Demers, who handed the prize over to Belgrade-born director Srdjan Dragojevic for his astonishing historical-romantic film Saint-George Shoots the Dragon. Quebecois actor Yves Jacques announced the winner for Best Screenplay, which went out to Je suis heureux que ma mère soit vivante (I’m Glad That My Mother Is Alive) directed by prominent French film director Claude Miller and his son Nathan Miller. Nathan proudly accepted the prize, admitting that this was his first. Eiji Okuda presented the Best Actor award, which was given to Cyron Melville (for his performance in the Danish feature Love and Rage) as well as the Best Actress award, which went to Marie Leuenberger from Switzerland (for her part in Will You Marry Us). Fernando Méndez-Leite Serrano revealed the winner for Best Director which was received by Japanese filmmaker Kichitaro Negishi for his overwhelming feature Villon’s Wife. David La Haye then gave the Special Grand Prix of the Jury to a film from China entitled Weaving Girl, directed by Wang Quan’an.

At last, the Grand Prix of the Americas was announced, and Jafar Panahi, president of this year’s jury, had the honor to reveal the winner to an impatient public. The trophy was received by Tony Gatlif himself, for Korkoro was the grand winner of this esteemed award.

To close off the ceremony, as well as the Montreal World Film Festival all together, the President of the event’s Administrative Council Serge Losique gave a special prize to Jun Gu for her documentary The Everlasting Flame: Beijing Olympics 2008, which was screened after a final bow was given to all those who presented and received the various prizes.

The 34th edition of the Montreal World Film Festival will take place from August 26th to September 6th 2010. It’s a date!