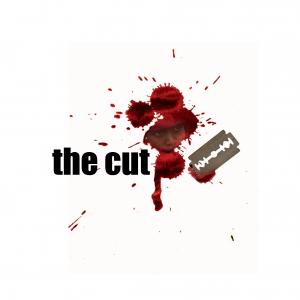 Freelance journalist and photogrpaher, Linda May Kallestein, has produced a short documentary, The Cut, aimed at raising awareness of the sufferin to women caused by female genital mutilation.

The Cut is a 12 minute documentary about Mary (fourteen years old) and Alice (early twenties) from Kenya. Both are affected by the traditional rite of passage into womanhood: genital cutting.

Mary and her community are preparing for her ceremonial cutting.

Alice is studying to be a social worker to work against female genital mutilation. As the first in her community to refuse the practice, she has paid a high price for her choice to break with tradition.

Alice tells of the different myths she encounters in the community around her, as to why circumcision is practiced. Mary, on the other hand, has no voice. She just goes through the preparations and rituals in silence.

Female Genital Mutilation – FGM – affects the lives of girls and women almost all over the world. This 5000 year old African practice has migrated and has become an increasing problem in Western countries. It is condemned and outlawed.

Yet it still goes on. Often underground. In order to eradicate FGM, it is important to understand why it is practiced. This is what ‘The Cut’ aims to do.

Phantomfilm is the producer of both films. “The Cut” is directed by Linda May Kallestein.

The Cut has been accepted to the Stavanger Short Film Festival 2009. According to the organizers of the event, which takes place October 1 – 3, the documentary contributions this year are especially strong.

The film can be downloaded for free on http://www.thecutdocumentary.org/ . Donations are welcomed and will go towards the production of the follow up documentary and to projects assisting victims of or protecting girls against female genital mutilation.