A Rare Look at North Korean Workers in Russia 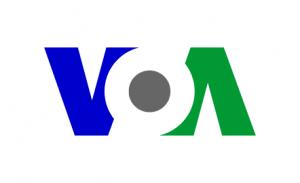 Despite relatively good wages, the North Koreans face many hardships in Russia

North Korean workers in Vladivostok, Russia earn thousands of dollars a month, bribe their guards to let them mingle in Russian society and learn they can make more money by working harder, VOA’s Korean Service reports.

“I will never make the amount of money that I am making here in Pyongyang,” said one worker in Vladivostok to veteran VOA Korean Service broadcaster Jeon Young-Ran. “I used to work as a bus driver in Pyongyang earning $1 a month and here I can pocket $1,000 a month. You have to work longer hours. But when I go home, I usually buy house appliances such as a television or a rice cooker for my family.”

Despite relatively good wages, the North Koreans face many hardships in Russia. They must turn over half of their salaries to the North Korean government. Many work long hours or have second jobs to earn more. They live in a guarded compound without their families. Their visas are good for five years at a time, although some apply for extensions. Most return once a year to see their families.

The four North Korean workers who spoke to VOA on the condition of anonymity said  they came to Vladivostok, Russia to earn more money to improve their standard of living when they return to North Korea. Many  learned that if they work harder, they earn more money—an opportunity they do not have in their own country.

“This is the first time that we have talked to North Korean workers living outside of their own country,” said Dong Hyuk Lee, chief of VOA’s Korean Service. “Usually, we have to settle for defectors, but this time we were able to get a glimpse at the lives of North Koreans who plan to return to their country—their reasons for coming to Vladivostok and their hopes for the future.”

The Voice of America’s Korean Service aired the interviews as a three-part series. The Service broadcasts five hours of programming daily via shortwave and medium wave radio. Programs and features are also available at www.VOANews.com/Korean/.

The Voice of America, which first went on the air in 1942, is a multimedia international broadcasting service funded by the U.S. government through the Broadcasting Board of Governors. VOA broadcasts approximately 1,500 hours of news, information, educational, and cultural programming every week to an estimated worldwide audience of more than 134 million people. Programs are produced in 45 languages.

Source: The Voice of America