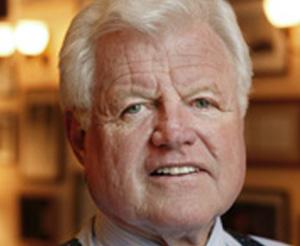 Americans from across the political spectrum are paying tribute to the late U.S. Senator Edward Kennedy, the liberal icon and heir to a political dynasty.

Kennedy, one of the longest-serving and most influential senators in American history, died late Tuesday at his home in Hyannis Port, Massachusetts at the age of 77.  The Democratic senator had been battling brain cancer.

President Barack Obama says Kennedy helped make the nation more equal and just.  The nation’s first African-American president said Kennedy’s ideas and ideals are in scores of laws and reflected in the lives of millions of people.

Lawmakers who served with Kennedy and all living former U.S. presidents praised the late senator for his ability to reach across party lines to pass health care, civil rights, and education legislation.

Tributes from world leaders highlighted Kennedy’s dedication to human rights and other issues, as well as his work to end apartheid in South Africa and achieve peace in Northern Ireland.

During his nearly 50 years in the Senate, Kennedy earned a reputation for supporting the underprivileged.

He fought for human rights in Chile, championed the needs of refugees, and led the congressional effort to impose sanctions on South Africa over apartheid in the 1980s.

South African President Nelson Mandela – in a statement Wednesday – mourned the loss of a “champion of democracy and civil rights.”

U.N. Secretary-General Ban Ki-moon described Kennedy as a “defender of the rights and interests of the defenseless.”

In the United States, House Speaker Democrat Nancy Pelosi predicted health care reform will pass, saying Kennedy’s dream of quality health care will be made real this year because of his leadership and inspiration.

Kennedy had taken up the mantle of family leadership after the assassinations of two older brothers – President John F. Kennedy in 1963 and Senator Robert Kennedy in 1968.

He represented Massachusetts in the U.S. Senate from 1962, when he was elected to the seat previously held by President Kennedy.  During his Senate career, he was a strong champion of liberal causes, but often worked with Republicans to get legislation passed.

Kennedy was a strong, vocal critic of both the Vietnam War and the U.S.-led invasion in Iraq in 2003.

His personal life was marred by tragedy and scandal. In 1969, he was in a car accident on Chappaquiddick Island in Massachusetts that claimed the life of a female passenger.  He later pleaded guilty to a charge of leaving the scene.

Kennedy’s body is to lie in repose at the John F. Kennedy Presidential Library and Museum in Boston before a funeral in a Boston church.  He is to be buried at Arlington National Cemetery, the final resting spot of his brothers – President Kennedy and Senator Robert Kennedy.

Flags at the White House, the U.S. Capitol building and other federal buildings are flying half-staff.