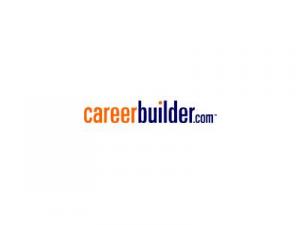 Key Findings: – In the next 12 months, more than half of employers polled plan to hire full-time employees, four in 10 will hire contract, temporary or project workers, and four in 10 will hire part-time employees. – Technology, customer service and sales are the top three areas in which employers expect to add jobs first once the economy rebounds. – The average time to fill open positions, depending on the job level, is 4.5 to 14.4 weeks, the same time range as last year. – Despite an abundant labor pool, six in 10 employers are willing to negotiate with qualified candidates for higher compensation. – Four in 10 employers expect the American Recovery and Reinvestment Act of 2009 to create jobs in their organizations over the next two years. – More than half of employees polled plan to make a career change or go back to school when the economy recovers. – Forty percent of hiring managers said that when the economy improves, giving pay raises will be their primary method for retaining top performers.

The economy has posed many challenges for businesses – including the need to make sure they are prepared for the upturn. According to a new survey, managers are planning to hire a combination of workers to support both long- and short-term initiatives. Fifty-three percent of employers expect to hire full-time employees over the next 12 months while 40 percent will hire contract, temporary or project professionals and 39 percent will add part-time employees.

Now in its fifth year, the Employment Dynamics and Growth Expectations (EDGE) Report provides an overview of the current employment situation, as well as a glimpse of the future hiring landscape. The report offers information on what types of professionals employers will be looking for when economic conditions improve and the strategies businesses plan to implement to recruit and retain talent. The EDGE Report is based on an annual survey by Robert Half International, the world’s first and largest specialized staffing firm, and CareerBuilder, the global leader in human capital solutions. More than 500 hiring managers and 500 workers participated in the study, which was conducted by International Communications Research from April 30 to May 31, 2009.

“Companies already are identifying the key skill sets they will need in new hires to take advantage of the opportunities presented by improving economic conditions,” said Max Messmer, chairman and CEO of Robert Half International. “Firms that cut staffing levels too deeply may need to do significant rebuilding once the recovery takes hold.”

Where Jobs Will Be Added First

Customer-facing roles are indispensable in good times and bad. In the current economy, hiring managers consider customer service the function most critical to their organization’s success, followed by sales, marketing/creative and technology. Public relations/communications, business development and accounting/finance round out the list.

When the pace of hiring begins to accelerate, entry- and staff-level workers can expect to benefit the most in terms of new opportunities. Thirty-two percent of hiring managers plan to hire staff-level professionals, while 28 percent will hire entry-level workers. Companies may be looking to restore positions affected by layoffs or hiring freezes while continuing to rely on existing staff to occupy leadership positions.

Because companies are operating with fewer resources, hiring managers further appreciate the value of team members who can wear many hats. Asked to identify the most valuable characteristics in an ideal new hire, employers cited multitasking, initiative and creative problem-solving.

Continued Challenges in Recruitment and the Impact on Compensation

Despite high unemployment rates across the United States and an expanded pool of available talent, employers continue to report difficulty locating skilled professionals for open positions. Employers said that, on average, 44 percent of resumes they receive are from unqualified candidates. Forty-seven percent of hiring managers cited under-qualified applicants as their most common hiring challenge, followed by the reluctance of qualified candidates to leave secure positions (22 percent).

As they lay the ground work for growth in their organizations, employers are open to paying more for hard-to-find talent. Sixty-one percent of hiring managers said their companies are willing to negotiate higher compensation for qualified candidates.

What employers are unwilling to do is accelerate the hiring process. The average time it takes to recruit a new full-time employee is the same range as this time last year: 4.5 to 14.4 weeks. In addition to spending time reviewing and screening out a high volume of resumes from unqualified applicants, employers also are more carefully evaluating those job candidates who are invited for interviews in order to avoid costly hiring mistakes.

Holding on to Talent: Money Talks

“As businesses look to the future, they also have to consider how tough decisions made during the financial crisis have impacted job satisfaction and loyalty of their current staff members,” said

Matt Ferguson, CEO of CareerBuilder. “Fifty-five percent of workers plan to make a career change, seek out new employers or go back to school once the economic recovery is underway. In addition to competitive pay and benefits, showing a committed investment in the professional development of employees will play a key part in retaining critical talent.”

Nearly half of workers polled (49 percent) said that after the economy improves, the most effective way to keep them on board will be pay increases. In fact, 28 percent plan to ask for a raise. Employers seem amenable, with 40 percent stating that increasing pay will be their primary method for retaining top performers.

Another 20 percent of employees said they hope for better benefits and perks once the economy turns around. The top perks workers expect are technology upgrades, followed by tuition reimbursement or subsidized training.

This survey was conducted by International Communications Research on behalf of Robert Half International and CareerBuilder among more than 500 employers (employed full-time; have employees who work for them if self-employed; involvement in hiring decisions) and more than 500 employees (employed full-time; not self-employed; no involvement in hiring decisions) ages 18 and over within the United States between April 30 and May 31, 2009.

About Robert Half International

Founded in 1948, Robert Half International (NYSE:RHI) is the world’s first and largest specialized staffing firm, with more than 360 offices worldwide. The company’s professional staffing divisions include Accountemps , Robert Half Finance & Accounting and Robert Half Management Resources, for temporary, full-time and senior-level project professionals, respectively, in the fields of accounting and finance; OfficeTeam , for highly skilled office and administrative support professionals; Robert Half Technology, for information technology professionals; Robert Half Legal, for project and full-time staffing of attorneys, paralegals and legal support personnel; and The Creative Group , for creative, advertising, marketing, web and public relations professionals. For more information about the specialized staffing and recruitment divisions of Robert Half International, visit www.rhi.com.

CareerBuilder is the global leader in human capital solutions, helping companies target and attract their most important asset – their people. Its online career site, CareerBuilder.com , is the largest in the United States with more than 23 million unique visitors, 1 million jobs and 32 million resumes. CareerBuilder works with the world’s top employers, providing resources for everything from employment branding and data analysis to talent acquisition. More than 9,000 websites, including 140 newspapers and broadband portals such as MSN and AOL, feature CareerBuilder’s proprietary job search technology on their career sites. Owned by Gannett Co., Inc. (NYSE:GCI) , Tribune Company, The McClatchy Company (NYSE:MNI) and Microsoft Corp. (NASDAQ:MSFT) , CareerBuilder and its subsidiaries operate in the United States, Europe, Canada and Asia. For more information, visit www.careerbuilder.com.