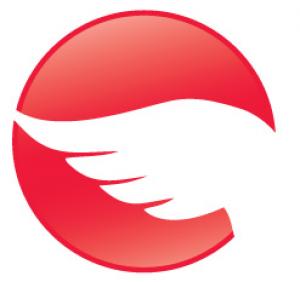 Earlier this spring, Howard attended the Trade Commissioners Service’s Montreal boot camp for technology-based startups. Impressed by her unique vision for the future of online public relations, RPRN was identified as one of the most promising prospects, and was among six startups to be invited to participate in the CTA in Silicon Valley (Sunnyvale, CA) for the summer of 2009.

“It’s a great honor and opportunity for RPRN to be part of the Plug and Play Tech Center”, says Howard. “Just being in Silicon Valley opens doors for us, both in terms of contacts and financing, not available anywhere else. People thinkbig in Silicon Valley.”

The discrepancy between the number of innovative startups and the amount available investment funding has been an issue in Canada. Participation in the CTA equates to an once-in-a-lifetime chance to jump start RPRN’s success in the international marketplace by gaining extensive exposure to Silicon Valley, and providing an opportunity to grow its business in both Canada and the U.S.

Through the CTA, RPRN is gaining exposure to available capital through Fortune 500 global ITC firms, top-tier venture capitalist firms, local angel networks; is being introduced to leading strategic business and R&D partners as well as gaining the opportunity to participate in potential collaboration and business ventures with the likes of Google, Microsoft, Yahoo! and other potential customers through the Plug and Play Tech Center.

“RushPRNews has quite a bit of promise”, says Rick Rasmussen, Canadian Trade Commissioner in Palo Alto, “and we are hopeful by giving them access to Silicon Valley resources that they can find a strong growth path on both sides of the border. ”

“I believe that being at Plug and Play will able us to grow much faster both in terms of new clients and access to the best technology for our own services”, says Howard.

Howard is actively raising capital to push RPRN to its next phase, looking to acquire financing for further technology and business developments, talent acquisition, and to seek out strategic R&D alliances.

An all-new RPRN is already in the works including a ground-up redesign of the website, an improved client dashboard with exclusive capabilities and services, multilingual services in September, and more. Core services offered by the new RPRN are branded social media outreach; press release broadcast; Virtual Journalist; online publishing to newsfeeds and Google News, and a white label corporate pressroom.

Increasingly, online media, particularly social media from social networking to micro blogging sites, are becoming integral components of not only a global public relations strategy, but of the marketing mix as well. An updated RPRN is poised to capitalize on this shift from traditional media sources, responding to ever evolving, emerging new media.

RPRN v1.0 is scheduled to launch by the end of  August.

Founded in 2008 by CEO and Editor-in-Chief Anne Howard, RPRN is an online newswire with enhanced press and social media release distribution services. Since its launch it has published over 4,000 articles both original content and corporate press releases with scheduled growth when French and Spanish capabilities are introduced in October of 2009. It currently employs 6 with over 200 freelance journalists around the globe.

About Plug and Play Tech Center

Founded in 2006, Plug and Play Tech Center is the leading startup accelerator in the Silicon Valley. Plug and Play incubators connect entrepreneurs, leading venture capitalists (NVP, Sequoia, KPCB, MD, etc.), and corporate partners (Sun, Cisco, Ebay, Nokia, Best Buy, Google, Yahoo!, etc.. The unique collaborative community also includes universities such as Cornell, MIT, Harvard and Stanford. More than $2 billion in value has been created through exits and acquisitions. More than 800 technology jobs have been fostered, a number projected to reach 6,000 in the next three years with Plug and Plays latest expansions. Northern California locations include Sunnyvale, Redwood City, and Palo Alto with a total of 177,000 square feet. The newest locations are in Los Angeles, Hollywood, and Glendale with a total of 465,000 square feet.