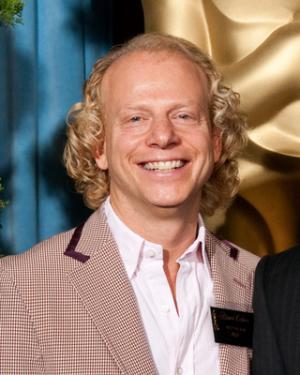 — Producer Bruce Cohen has been tapped to produce the Academy of Motion Picture Arts and Sciences’ inaugural Governors Awards event on Saturday, November 14, 2009, at the Governors Ballroom at Hollywood & Highland Center. As announced in June, it will be on this evening that one or more of the Academy’s highest honors – the Irving G. Thalberg Memorial Award, the Jean Hersholt Humanitarian Award and the Honorary Award – will be presented.

“I’m thrilled to be a part of this new event celebrating this year’s recipients of the most prestigious awards in the industry,” said Cohen. “I want the evening to be an elegant, legendary night that the honorees and attendees alike will remember and cherish.”

Cohen won a Best Picture Oscar® for producing “American Beauty” (1999) and was nominated in the same category in 2008 for “Milk,” both with his producing partner Dan Jinks. Their other producing credits include “Down with Love,” “Big Fish,” “The Forgotten,” “The Nines,” and television’s “Pushing Daisies.”

Cohen also served as executive producer of “Movies Rock,” a 2007 live televised concert that focused on music’s influence on movies.

The Academy’s Board of Governors will select the 2009 honorees for the Irving G. Thalberg Memorial Award, the Jean Hersholt Humanitarian Award and/or the Honorary Award at a meeting in September.

There will not be more than one Hersholt nor more than one Thalberg Award voted in any given year. No more than four Governors Awards will be given in a single year.

The Academy of Motion Picture Arts and Sciences is the world”s preeminent movie-related organization, with a membership of more than 6,000 of the most accomplished men and women working in cinema. In addition to the annual Academy Awards – in which the members vote to select the nominees and winners – the Academy presents a diverse year-round slate of public programs, exhibitions and events; provides financial support to a wide range of other movie-related organizations and endeavors; acts as a neutral advocate in the advancement of motion picture technology; and, through its Margaret Herrick Library and Academy Film Archive, collects, preserves, restores and provides access to movies and items related to their history. Through these and other activities the Academy serves students, historians, the entertainment industry and people everywhere who love movies.