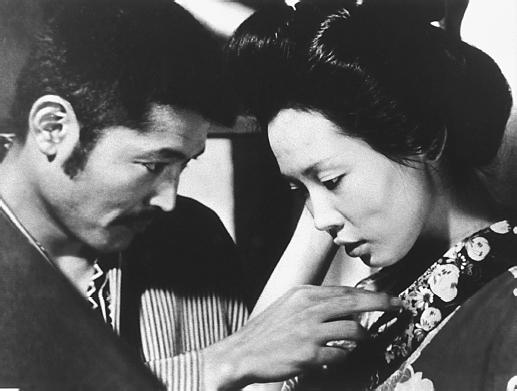 Toronto, Canada (RUSHPRNEWS) 08/22/2008 – After years of research and preparation, Cinematheque Ontario’s Senior Programmer James Quandt brings to audiences In the Realm of Oshima: The Films of Japanese Master Nagisa Oshima, the first major Oshima retrospective in North America in 20 years.

Running from October 31 to December 9 and presented largely in newly struck prints, the 26-film retrospective will provide a substantial overview of Oshima’s transgressive and provocative body of work, including all of his fiction feature films plus two of his late documentaries.

The work of Nagisa Oshima, seminal figure of the Japanese New Wave and inspiration for many independent Japanese directors, has remained in relative obscurity, with few film prints available to exhibit and little released on DVD. In the Realm of Oshima: The Films of Japanese Master Nagisa Oshima will premiere as the official New York Film Festival sidebar, screening from September 27 to October 13. For further information visit www.filmlinc.com.

In the Realm of Oshima: The Films of Japanese Master Nagisa Oshima opens on October 31 with a recently struck print of Cruel Story of Youth (1960), considered the Breathless of the Japanese New Wave. Audacious in its unprecedented exploration of sex and violence, the film is a vertiginous examination of the alienated, amoral and apolitical youth of post-war Japan. Hot on the heels of Cruel Story of Youth, the 32-yearold Oshima continued his exploration of the government’s betrayal of those left out by the country’s post-war economic miracle in The Sun’s Burial (1960), a bleak tale set in the slums of Osaka that follows a tough and resourceful prostitute who sells blood on the black market. Shot and acted with ferocious intensity, Night and Fog in Japan (1960) is a cinematic essay on the dynamics of political movements in 1950s Japan, and marked a significant breakthrough in Oshima’s work. The film was shot in 47 long takes, and it takes place at the middleclass wedding reception of two leftist “comrades,” a celebration that gathers together a group of former student activists, all previously involved in riots against AMPO, Japan’s security pact with Cold War America. Night and Fog in Japan was withdrawn only days after its release by the Shochiku studio, prompting Oshima to leave the studio and start his own independent production company, Sozosha.

For many critics, the high point of Oshima’s sixties independent Sozosha cinema was the exquisitely designed and shot Death by Hanging (1968), a stinging Brechtian black comedy that tells the true story of R., a Korean student who is hanged for the rape and murder of two women but survives his execution. Once R. is found to be amnesic, his identity is “reconstructed” and his guilt is re-established so he can be hanged all over again. Boy (1969), based on another real-life case, is a stunning and trenchant tale that follows a family who use their child to make money by deliberately getting involved in road accidents and making the drivers pay compensation. In The Man Who Left His Will on Film (1970), Endo, a young filmmaker, leaps to his death and leaves random shots of Tokyo rooftops and streets as evidence in his movie camera. Motoki, a comrade who believes the leap was suicidal, becomes obsessed with finding the truth, and slowly begins to take over the life of the deceased militant. The film’s relentless close-ups can be seen as a revealing self-portrait and an existential puzzle in which the viewer must piece together what is real and what is re-enactment. With The Ceremony (1971), Oshima incisively chronicles the powerful Sakadura clan’s fortunes and woes from 1946 to the present, as its members gather for yearly ceremonies: burials, weddings, reunions. Through magisterial use of flashbacks, Oshima reveals the Sakaduras’ dark past, its communists and militarists, war criminals and rising businessmen, sports heroes and suicidal patriarchs, all involved in post-war Japan’s economic rise and societal shame.

Oshima’s international period is most famed for his provocative In the Realm of the Senses (1976), based on a true story of fatal sexual obsession in 1930s Japan. Banned, butchered, debated and denounced when it was released, the film explicitly depicts the entanglements of sex, power and violence. In tune with his previous filmic essays on racism and brutality, Merry Christmas, Mr. Lawrence (1983) brought Oshima another important critical success. David Bowie plays Celliers, a rebellious World War II POW in Japan, and Ryuichi Sakamoto plays the fanatical camp commander who becomes increasingly fixated on Bowie’s character.

Oshima’s first fiction film in fourteen years, Taboo (2000), set in 1865 Kyoto, is a powerful tale of homosexual desire among samurai. A complex drama of lust, honour and revenge, Taboo culminates in a final battle between the two new Shinsengumi militia recruits, the rough and handsome rural warrior Tashiro and the lovely and seductively long-haired Kano.

From his emergence as a maverick and independent, through the classics of his New Wave period, to his international and late work, Nagisa Oshima exhibits such wit, beauty and furious invention in his films, that their conceptual gambits take on a sensual and emotional force. In the Realm of Oshima: The Films of Japanese Master Nagisa Oshima will offer audiences a unique opportunity to experience the extraordinary oeuvre of one of the most dynamic living Japanese directors, radically reframing not only their sense of cinema but their sense of the world.

Cinematheque Ontario screenings are held at the Art Gallery of Ontario’s Jackman Hall, 317 Dundas Street West (McCaul Street entrance), Toronto. Regular tickets are $5.90 for members and $10.14 for non-members. Limited Runs and Special Presentations are $7.08 for members and $11.56 for non-members. Lecture Series tickets are $9.91 for members and $15.33 for non-members. Prices do not include GST, building-fund fee or service charges. Films playing at Cinematheque Ontario that have not been rated by the Ontario Film Review Board are restricted to individuals 18 years of age or older. Our Box Office is located at the Manulife Centre, 55 Bloor Street West (main level, north entrance, open Monday to Saturday, 10am-6pm), or call 416-968-FILM or toll-free 1-877-968-FILM. Tickets on sale beginning September 30.
Cinematheque Ontario thanks its supporters Bell, RBC, Ontario Media Development Corporation, Canada Council for the Arts, City of Toronto Economic Development Office, Toronto Arts Council and Ontario Arts Council.
Cinematheque Ontario is a year-round screening programme dedicated to presenting transformative world cinema through thoughtfully curated retrospectives, filmmaker monographs, and international programme tours. Cinematheque Ontario presents an ambitious selection of more than 400 films annually, including acclaimed director’s retrospectives, national and regional cinema spotlights, thematic programmes, exclusive limited runs, and classic and contemporary Canadian and international cinema, including many new and rare archival prints. For more information, visit cinemathequeontario.ca

Bell Lightbox
Currently under construction in downtown Toronto, Bell Lightbox is soon to be the world’s leading destination for film lovers. This major new cultural institution on the Canadian and international landscape will be structured around five state-of-the-art cinemas celebrating film from around the world. Bell Lightbox programming will give context to films through innovative cross-media exhibitions, lectures, and film-related learning opportunities for all ages. Designed by innovative architecture firm KPMB, Bell Lightbox’s fluid design encourages exploration, movement and play within its soaring atriums.

The campaign to build Bell Lightbox is generously supported by founding sponsor Bell. The Government of Canada and the Government of Ontario each have contributed $25 million to realize Bell Lightbox. A gift of more than $22 million has been confirmed from the Reitman family – acclaimed filmmaker Ivan Reitman and his sisters Agi Mandel and Susan Michaels – and The Daniels Corporation, who together form the King and John Festival Corporation. The project is also supported by RBC as Major Sponsor and Official Bank, Visaâ€ , Copyright Collective of Canada, NBC Universal Canada, The Allan Slaight Family, The Brian Linehan Charitable Foundation, CIBC, and many other individuals and corporations. The Board of Directors, staff and many generous individuals have also contributed to the campaign. The total amount raised to date is $147 million, three quarters of the total campaign of $196 million. For more information on the Bell Lightbox campaign, visit belllightbox.ca

We are a charitable, not-for-profit, cultural organization whose mission is to transform the way people see the world through film. Our vision is to lead the world in creative and cultural discovery through the moving image.
For information, contact the Communications Department at 416-934-3200 or email proffice@tiffg.ca