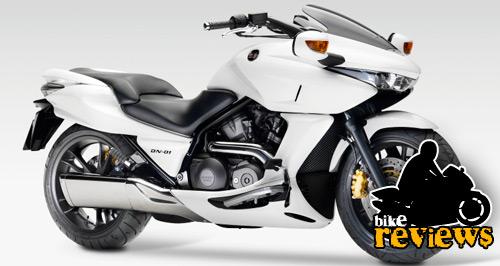 by Bear, President and Founder of Old Bike Barn

– How long will it be before motorcycles run without gas? It’s a question for the ages, or the engineers. Now that cars and trucks are scaling back fuel usage and converting to electric power, don’t kid yourself, motorcycles won’t be far behind. There will always be a place for the classics, mind you, just the same as there’ll always be a place for classic cars – though perhaps alternative fuels will allow us to retain the internal-combustion engine without using fossil fuels.

For the moment, there’s a heavy emphasis on electric power, and what can be accomplished with the new generation of electric motors. There are plenty of examples of home-built and independent production electric motorcycles on the internet and at small dealers nationwide, but they all seem to lack the refinement necessary for mass production. At best, many of these are little more than science projects. However, there are a small handful of companies, including one major motorcycle company, with their eye on the future – creating highway-legal motorcycles powered only with electricity.

There’s going to be some diehards, particularly in the “Loud pipes save lives” front who tell you that gasoline motorcycles will never die, that there’s no replacement for the power that an internal-combustion engine produces. I was anti electric bike at first myself, but we would be foolish not to accept the way things are headed. For now it’s just another growing part of our sport, and I have to support anything on 2 wheels!

There were many non-believers when the new breed of inline four-cylinder engines was poised to dethrone the almighty V8 in the nineties. Never, they said, would a 4-banger be able to produce the power of a V8. Those people are currently eating their words, regardless of whether they’ll admit to it or not. Take for example the new generation 2009 Camaro V6 engine, which produces 300 horses, and delivers passable fuel economy for that power range. Just a handful of years ago, the 300-horsepower fuel-efficient V8 engine was a technological breakthrough in a production automobile. Electrics have the capacity to follow that same technological advancement once motorcyclists begin to embrace these noiseless motorcycles, and they become available in cooler configurations than just scooters.

Once you get past the “cordless drill on steroids” acceleration noise, there’s quite a bit to like about electrics in motorcycles. For one, the torque of an electric motor is seamless, and acceleration picks up like a maglev train. We’re not talking golf carts here, after all. Recently, the “Killabike,” an all-electric drag bike, ripped through the quarter mile at 155 miles per hour. (That was, of course, before the inventor tried to show off at a media event – that video’s on YouTube, if you’re interested. To paraphrase a Honda ad slogan, “Stupid hurts.”)

Speaking of Honda, by all outward public appearances it will be Honda itself who looks to be first to market with a viable production electric motorcycle (in 2011 or 2012). That in itself seems appropriate, given the advancements that Honda has committed itself to in the last twenty years. Have you seen the DN-01 automatic motorcycle yet? It wouldn’t be much of a stretch to visualize that bike with an electric motor. The only hurdles that need to be overcome are the range of the batteries, road safety, and rider preconceptions of electric power. What sounds like science fiction now, will surely be a reality in two or three years.

I‘ll embrace the future, because I like all things that go fast, and we do need to start thinking about not filling the air with exhaust every waking moment of the day. That being said, I have a feeling I’ll never feel quite the same about these new machines. Rest assured that my garage will remain stocked with vintage bikes, and Old Bike Barn will continue to stock parts for the older motorcycles. In the words of Charlton Heston with reference to firearms… from my cold dead hands they can pull my gas burning motorcycles. That being said, you can also be sure we will be among the first to try and support the electric scene with products for electric riders as they become available. Sometimes it’s ok to have your cake and eat it too.

This article is taken from the Old Bike Barn blog