On Wednesday, Sept. 28, 2022, shares of Activision Blizzard (ATVI) edged 0.71% higher to $75.39. That was the second consecutive day of gains for the video game company’s stock on what was overall a good day for trading on the stock market: The S&P 500 Index increased 1.97%, while the Dow Jones Industrial Average also rose 1.88%.

Activision Blizzard’s competition, including Microsoft Corp., Nintendo Co. Ltd., and Sony Group Corp., also experienced increases on Sept. 28. However, Activision CEO Bobby Kotick said, “I don’t think I really spent a lot of time thinking about anything other than how we were going to make great games and figure out how to get the biggest audiences to actually play them. And we’re always mindful of our responsibilities to our stakeholders, gamers, and shareholders.”

At the beginning of September, Kotick told the company that he’d be “initiating town halls to keep everyone informed of our continuing progress toward our future as part of one of the world’s most admired companies.”

In other Activision Blizzard news, the company announced on Sept. 29 that its chief compliance officer, Frances Townsend, would leave the position. “Fran did a truly exceptional job — four jobs — with continuously increasing responsibilities and the most exemplary work ethic,” stated Kotick. “Fran has also done an extraordinary job enhancing the strong governance and compliance programs we have throughout the company.”

It will take two Activision Blizzard executives to fill the role vacated by Townsend. Luci Altman, the senior vice president of corporate governance, and Jen Brewer, the senior vice president of ethics and compliance, who has been with the company for over a decade, have been selected to continue Townsend’s work. “We have a very exciting fall ahead of us with anticipation building for our new games,” stated Kotick.

One of those games is Warcraft: Wrath of the Lich King Classic. It went live on Sept. 26 and doesn’t cost anything for players who already have an active World of Warcraft subscription. “This retooling of a classic World of Warcraft game is bussin,” as Philadelphia-based gamer Justin Hartswick praised it.

He explained that the free version is “an excellent adventure,” but for gamers looking to dive deeper into the World of Warcraft saga, two fantastic upgrades to the game are available for purchase. “I enjoy the free game but had to get the upgraded package, and it really does take the experience to a whole new level,” said Hartswick.

The Northrend Heroic Upgrade offers a character boost at level 70, which includes gear, gold, an expert riding skill, a penguin pet named Pebble, and a toy that can attract a tuskarr fishing companion. Meanwhile, the Northrend Epic Upgrade gets players everything in the Heroic Upgrade, plus 30 days of game time, a Kalu’ak Whalebone Glider, a mount for classic characters, and a Tuskarr Shoreglider mount for the nonclassic characters.

According to Holly Longdale, the World of Warcraft vice president and executive producer, “Wrath of the Lich King Classic contains an iconic adventure from a momentous time in the history of Azeroth — we love this expansion, and we have carefully balanced both the nostalgia for veteran players and the modernization needed for players discovering it for the first time.”

Longdale explained, “By giving extra care to the way players group for raids, as well as their end-game journeys, we have worked hard to ensure all players can experience everything that the massive continent of Northrend has to offer.” The first iteration of the Wrath of the Lich King was released in 2008 and the Activision Blizzard team promised that the “core experience of this beloved expansion has been carefully maintained.”

Activision Blizzard confirmed, “On Oct. 6, those seeking even more formidable thrills can take on the first three of the seven raids — Eye of Eternity, Obsidian Sanctum, and Naxxramas — before continuing their adventures in Ulduar, Trial of the Crusader, Icecrown Citadel, and Ruby Sanctum in future updates.” 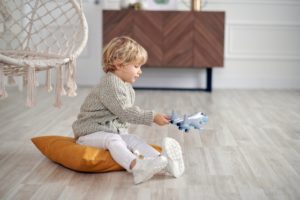