How do you pick a professional group that helps you grow both personally and professionally?

How can you get group feedback and support while also helping others along their own life journey in a safe and caring environment?

According to Bo Parfet, unsurprisingly there is both good news and bad news. The good news is that there are many groups out there that will be a good fit for you and many that will not be ideal. What is the difference between a group that will help you grow and nurture your talent versus one that will leave you feeling diminished and unsatisfied?

As a Chief Growth Officer, Bo Parfet has spent years working on a multitude of teams and breaks down the essentials to group success:

Bo Parfet asserts that an ideal professional group should typically involve interactions among three or more people connected through shared identity, common purpose, and mutual influence. Different groups can have different characteristics or serve different purposes. A team of professional college counselors, a campaign team for a state senator, or a group of professional writers all represent examples of groups with different identities, structures, interaction patterns, and sizes.

There’s no specific ideal number of members in a professional group. The minimum number to form a small group would be three people because that would provide at least two dyads. The upper range hinges on the purpose of the group. Nonetheless, an ideal group should consist of between six and twelve persons. In the book Skilled Interpersonal Communication by Owen Hargie, Hargie talks of how the number of network connection points grows exponentially as group size increases. However, this also means that the more people in a group, the more likely issues with scheduling and coordination of communication will occur. It makes sense to have a group limited to only the number of people necessary to accomplish the group’s objective or serve its purpose.


Find A Good Mix of People That Are Different Than You

An article affiliated with the University of California, Berkeley starts by saying, “The first thing to acknowledge about diversity is that it can be difficult.” This means that social diversity, e.g., diversity of race, age, gender, ethnicity, etc., can sometimes create discomfort, a lack of trust, issues in communication, and lessen cohesion. So how do we tap into the positive power of diversity?

Parfet emphasizes that the key is informational diversity. When diverse people are brought together to solve a problem, they come in with different perspectives, opinions, and information.


For example, in 2015, Grant Thornton International studied the effect of gender diversity among executives of companies based in the U.K., U.S., and India. The results showed that companies with at least one woman in top leadership outperformed those with male-only boards in all three analyzed markets. In a fast-changing, globalizing world, diversity provides both tangible and intangible benefits to professional teams over the long run.

As a CEO and co-founder, Bo Parfet has had to mingle with a diverse array of people. It’s easier to network with professionals with similar perspectives and experiences as one’s own, but this is inadvisable. Diversity in a group increases the chances of adding ‘linchpins’ to your network. Linchpins are people with diverse interests and contacts who create shortcuts across other groups and gateways to other people. It also eliminates the ‘competitor’ mindset and allows people to share more openly in general.


Start Each Meeting with The Opportunity to “Issue Clear.”

This means that if any member has an issue with another member, they should simply express it and talk about it openly. Bo Parfet experienced this firsthand. He was part of a group that went about 1½ years without ever bringing up a topic relating to a certain member. This was sad because a couple of group members only communicated a restrained narrative and never gave this person an opportunity to share where they were in “space and time.” This red flag behavior is a telltale sign of an immature and inexperienced group. Instead, the best practice is to create an open environment for everyone to bring the entire group closer by having ‘clear-the-air’ moments before the start of meetings. In fact, a study shows that clearing the air and boosting communication within an I.T. team results in an almost 40% boost to productivity and a 50% decrease in costs.


Ensure Group Members Are True to Themselves

Bo Parfet tells another story. He was in a group where one person was from a very wealthy family that operated senior housing communities around the country. This person broke off on their own and pretended to start a business from scratch, passing themselves off as a pauper. Members of the group were perplexed why this person was being disingenuous. It would have been better for this person and others if he had more self-awareness and humility. “Be true to yourself, and the right people and resources always show up. The Universe always conspires for the right meetings to occur. Everything is unfolding as it should. It really is.”


Be Careful Not to Project

The official term ‘projecting’ means to unconsciously take the unacceptable or unwanted part of one’s self-feelings, fears, and tendencies-and place them onto someone else. Bo Parfet was once in a group where a person kept saying, “that must have been so hard for you.” He didn’t realize (nor care to hear or ask) that time had passed, and the topic wasn’t that important any longer, but this person couldn’t leave it alone (even though it wasn’t their personal issue, to begin with). This is an excellent example of projecting; people may tend not to listen and struggle to get along with family and friends. A study on social projection shows that projection causes empathy gaps where people assume that others feel and think the same way they do. This only increases biases and misinterpretation.


Be Conscious of the Experience Level of the Group

Bo Parfet has been a Member of the Young President’s Organization (YPO) for a long time. YPO hosts a format of a small group called Forum which is meant to help members live better lives. Naturally, as new people continue to join YPO, new Forums are starting and ending all the time, and existing or experienced Forums might add a person or two (from time to time). It is important to be mindful of any experience level gap that might exist. For example, someone who has been a Member of YPO for a while might not be a good fit for a brand new Forum. This is largely because of the experience gap. Interestingly, the opposite can work (and often does), where the “right” new person joins an experienced Forum and they generally get up to speed quickly.

Share the tough stuff, the 5% things that you need help with. Also, give your feedback with this lens. The 1% items should be saved for professional coaches, therapists, family members, and the like. Researchers have found that people tend to share more about themselves when they experience fear or are anxious as a way of gaining support and alleviating those feelings.

If group members try to be a therapist, remind them that they aren’t trained in that area. You need to intentionally set a healthy boundary here.

One of the challenges of professional groups is problems with planning meetings due to busy or conflicting schedules. Another challenge is social loafing, where some members hide behind others and contribute less than they would if they were working alone. Having some sort of guidelines will help address some of these challenges.

Bo Parfet states that one of his favorite parts of being in a professional group is when members with different perspectives and identities teach one another things they couldn’t have learned on their own as individuals. Such a phenomenon bridges the potential of diversity and synergy. People who voluntarily stay away from professional groups – or are rejected from these groups – are in danger of losing opportunities to learn from others and learn more about themselves.

Bo is passionate about social change and continues to dedicate his time since 2012, alongside his wife Meredith, to Denali Venture Philanthropy. He holds an MBA from The Kellogg School of Management at Chicago’s Northwestern University and a Master’s Degree in Economics from the University of Michigan. Bo is among the few people to successfully conquer the Seven Summits of the world, the highest peaks on each of the seven continents. He is active within his local community in Boulder, CO, and within global leadership organizations. He is on the advisory board of a language development center for people struggling with dyslexia, an advisory board member of Adventure Scientists, and a member of the Young Presidents’ Organization (YPO). Bo has been awarded in the past with the JPMorgan Leadership Award, the Presidential Volunteer Service Award, and the British American Project Fellow. 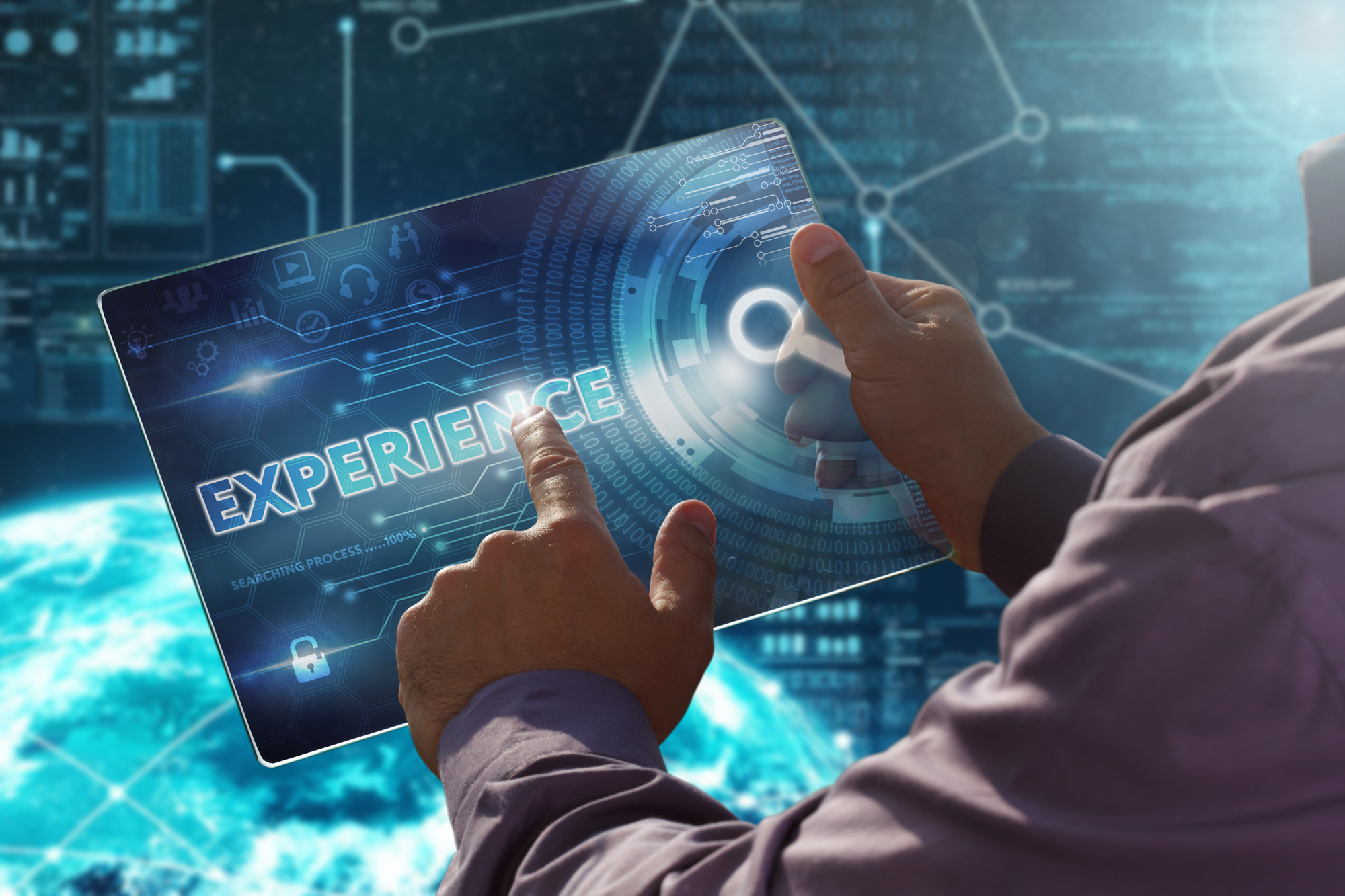 Are you getting the website traffic you think you’re getting? If not, the important thing is to take advantage of the website ideas out there