The French app for tracing COVID-19 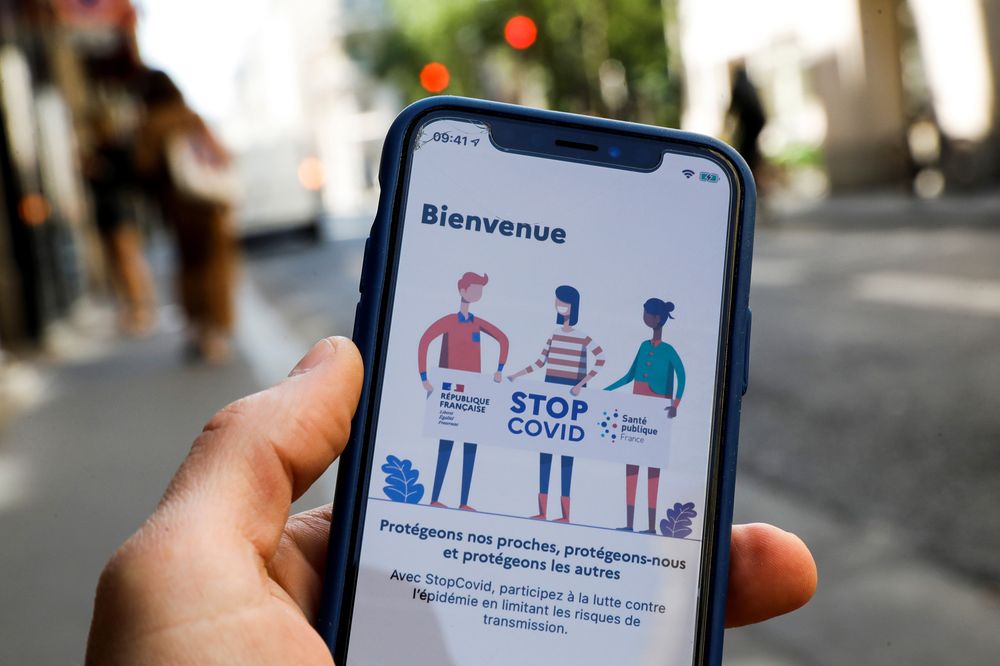 France has already recorded over 29,000 deaths from coronavirus. With the recent announcement about the easing of lockdown measures France is looking for additional ways to fight the pandemic. StopCovid is a contact tracing app developed in France. It was approved in the Assemblée Nationale with 338 votes in favor versus 215 against, and in the Senate by 186 votes against 127. Here is a look at how virus tracking works.

The French Authorities claim that the app is safe and anonymous to use. It tracks via Bluetooth whether an app user has contacted an infected person. When an app user comes within a meter of another user the app stores the data for future usage. If one of the users is diagnosed with infection later, the app sends alerts to all users who came in contact with the infected user. Some labs have been certified by the French government to run coronavirus tests. These labs issue QR-codes for cases with positive diagnoses. The codes can be scanned on the app. The app users who have come into contact with infected persons get notified immediately. The app gives helpful suggestions on how to quarantine oneself and take additional safety precautions. The identities of the infected are not revealed.

A study undertaken at Oxford University found that for a virus tracking app to be effective, at least 60% of the citizens should be actively using it. For France’s population, the StopCovid app can be effective if it is downloaded and used by 33 million citizens. This statistic is difficult to achieve. The required number of downloads is more than the combined user base of social media apps Facebook and Whatsapp in France. However other researchers have different findings. Another study from Oxford University claimed that with adequate and strict safety measures the required number of app downloads can be reduced to 25 million.

Many countries have developed their own versions of the tracking app with varying degrees of success. In Singapore the app TraceTogether was in use for two months before the government pulled the plug on it. The app was deemed a failure because not enough people were using it. In Australia nearly 3.5 million people downloaded the COVIDSafe app. Official estimates suggested that another 1.5 million people must use the app for it to be a success. The Australian government is diligently promoting the app. As for China where it all began, the local COVID-19 tracing app works in conjunction with the popular ecommerce app Alipay. It was made mandatory for all citizens stepping out of their houses. The app must give an all-clear before someone is allowed to travel between cities. It is an effective method for the Chinese government to track the spread of the virus.

Most of the criticism for contact tracking apps is based on safety and privacy concerns. Many believe that tracking citizens’ movements and interaction in real time amounts to an infringement of the right to freedom. Millions use their phones for banking and to send international money transfers. Handy tools such as the Ria Money Transfer App guarantee multiple levels of security and reliability. Using apps to send citizens’ personal information to governments potentially sets a poor example. However, these concerns may not be valid.

The French government developed its COVID-19 tracing app in-house. It was built by the French digital institute INRIA without the involvement of third parties such as Google and Apple. The authorities also clarified that the app automatically deletes personal data more than 14 days old. In France the app is voluntary to download and use, unlike countries such as China where tracking has been made mandatory.

There are also lesser concerns. One is related to too much battery usage because of the Bluetooth being constantly active. Another issue is that iphones block unrecognized Bluetooth contacts and data sharing, diminishing the apps’ overall effectiveness.

The efficacy of the StopCovid app is yet to be proven. Like other measures to mitigate the spread of the virus, its impact depends on adoption and active use by the people. It is ultimately the determination of the citizens in each country that will help overcome this global pandemic.

Hemant G is a contributing writer at Sparkwebs LLC, a Digital and Content Marketing Agency. When he’s not writing, he loves to travel, scuba dive, and watch documentaries.

One in every 11 people worldwide doesn’t have access to a toilet, says new GFA World report STONEY CREEK, Ontario — A global humanitarian organisation is