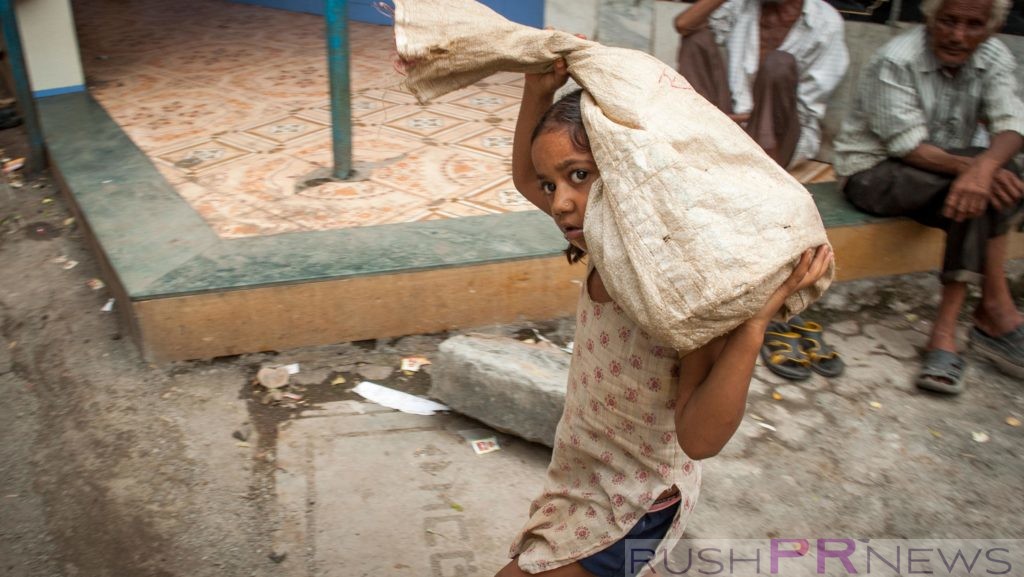 GFA World calls attention to human trafficking in major new report, as it continues to care for some of the victims.

STONEY CREEK, Ontario  —  Young Nadish is a symbol of hope for FA World (https://www.gfa.ca ), as it works to help end a global crisis. Now restored to his family through one of the organization’s caring Bridge of Hope centres, for two years the small boy was held as a slave—just one of the more than 40 million people around the world kept against their will and forced to work.

Though slavery has long been officially outlawed, numerically there are more slaves today than at any time in history—and they make up a population larger than Canada’s and four times the global number of people in prison.

As it continues to care for victims in Asia, where forced labor is widespread, GFA World is spotlighting the global issue of human trafficking to raise awareness and encourage action to dismantle the illicit trade whose shadowy profits are exceeded only by those of illicit drugs and illegal arms.

GFA World details the scale and scope of the problem—named “the greatest human rights issue of our time”—in “21st Century Slavery & Human Trafficking: Stories, Statistics and Solutions” (www.gfa.ca/special-report/21st-century-slavery-human-trafficking/), the latest in a series of major articles tackling key social issues. It is being published to coincide with the World Day Against Trafficking in Human Persons (July 30).

Painful as the report is to read, GFA founder Dr. K.P. Yohannan believes  “it is good for us to take time to remember those victims of human trafficking, and let their pain and suffering affect us.”

In a blog commenting on the in-depth article (https://kpyohannan.org/2018/07/23/human-trafficking/), Yohannan writes that, despite the scale of the problem, Christians should have faith in God’s ability to bring change as they pray with confidence.

Recalling how GFA World was able to help children growing up in one of many red light districts—where some of their mothers had likely been kidnapped or sold into prostitution—when it began its ministry there, Yohannan urges, “Let us recommit our lives today to believe God to work as we pray and trust him to bring hope to many more.”

Among the sobering details in the GFA World report on “a truly global dark industry reckoned to generate around $150 billion a year from the broken backs, broken hearts and broken dreams of young and old alike”:

* Since 2011, 90 million people have experienced some form of slavery

* While some legal action is being taken, much more needs to be done

The GFA articles notes that while sex trafficking makes headlines for its harrowing nature, three times as many people are caught in other kinds of forced labor. They include millions of children who have to work with their families, many in sweatshops and factories.

Human trafficking is a global problem, however, with men, women, and children kept in different forms of slavery on every continent. Some are literally held under lock and key, while others are kept in their place by fear of violence or threats of being exposed to the authorities if they are illegal immigrants.

But there is hope—not only in the restoration of children like Nadish through GFA’s ministry, but also through the efforts of anti-slavery campaigners like Australian businessman Andrew Forrest.

The GFA report highlights his assertion that human trafficking is “a human condition.” It is not “AIDS or malaria or something which is thrust upon us by nature,” Forrest has said. “This is the choice of man, so the choice of man can stop it.”

Through its Bridge of Hope centres which are providing children with a hope and a future, GFA continues to care for victims like Nadish, whose ordeal left the 11-year-old with deep emotional wounds. Other ministries within GFA also help provide people with tools and vocational training, to be able to provide for themselves and their families.

GFA (www.gfa.ca) and its worldwide affiliates have—for almost 40 years—provided humanitarian assistance and spiritual hope to millions around the world, especially among those who have yet to hear the Good News. Last year, this included more than 70,000 children, free medical services in over 1,200 villages and remote communities, 4,000 wells drilled, 11,000 water filters installed, Christmas gifts for more than 200,000 needy families, and spiritual teaching available in 110 languages in 14 nations through radio ministry.

PHOTO CUTLINE:  Many children help make up the world’s 40 million-plus modern-day slaves, forced to work in sweatshops and factories with their families.