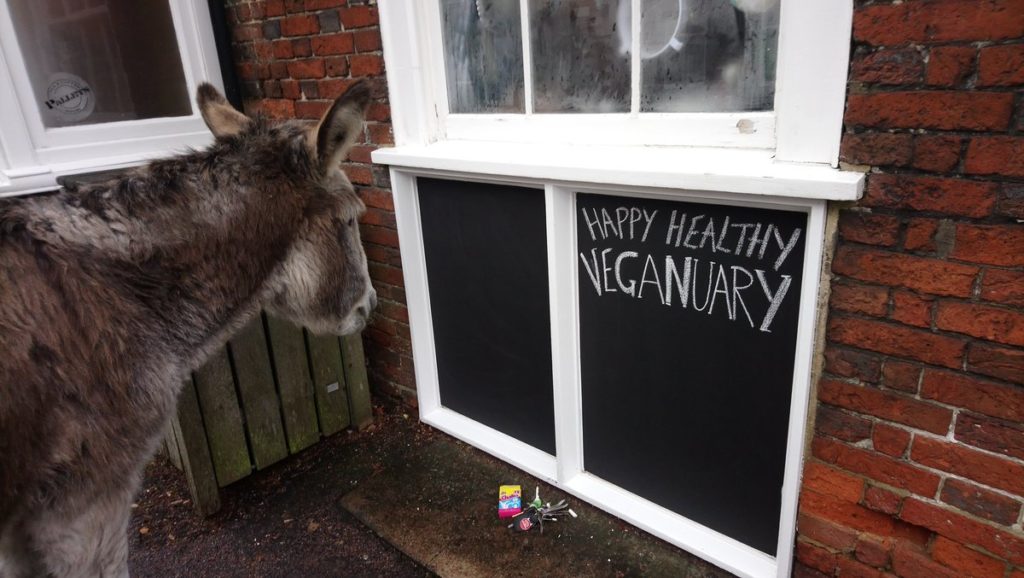 Veganuary (the January awareness campaign to encourage new people to try vegan) is not confined to trendy, hipster parts of big cities. The exploding vegan animal welfare, health, and environmental trend have even reached the tiny Hampshire village of Beaulieu (Home to Lord Montagu and the National Motor Museum) as over 160,000 people sign up to Veganuary – The phenomenally successful ‘try vegan in January’ campaign.

“Vegan menus are becoming more and more commonplace as awareness is increasing that we need to reduce our meat and dairy consumption to lessen environmental destruction as well as reduce our health risks and be more respectful to animals. People are now finding they can have it all as delicious and healthy plant-based dishes are more widespread and recipes abundant.” explains Beaulieu Health & Nutrition Clinic founder and BB1 ‘Truth or Scare’ Nutritional Therapist Yvonne Bishop-Weston. “In the cities vegan options are commonplace, but it’s  unusual to find an abundance of vegan choices in rural areas like Beaulieu. There’s no doubt we nearly all need to eat more vegetables and it’s hard to be vegan without eating more vegetables ”

Vegan & Veganuary – most popular year ever

This year Veganuary has trebled the number of sign-ups from 2017. There were around 50,000 last year and there have been over 160,000 Veganuary sign-ups already this year. Veganuary’s new vegan book is high on Amazon’s best selling lists. According to Google Trends interest in Vegan is 12 times what it was 5 years ago. Vegan interest has now doubled again in the last 6 months alone. Vegan Interest is more than double that of ‘vegetarian’. Sales of meat and dairy are falling whilst sales sales of Dairy free alternatives have gone through the roof. Tesco, Marks and Spencer, Sainsburys and Waitrose have all launched new vegan ranges for Veganuary and many restaurants such as Zizzis, Pizza Express and All Bar One have new Vegan menus ” says Consultant Chef at Beaulieu Natural Health & Nutrition Clinic, Tony Bishop-Weston.

To celebrate Veganuary,  health professionals at Beaulieu Natural Health and Nutrition Clinic have joined forces with other Beaulieu businesses including ‘Pallets tea and Coffee House’ to provide a free lunch and a number of Veganuary January offers.

During January Pallets Coffee Shop will be offering a free vegan lunch of vegetable soup, a toasted Bute Island Foods vegan cheese toasted pizza style sandwich and a packet of low saturated fat, UFIT Crunchers, high-protein crisps for all those who have signed up to ‘Veganuary’ or who have booked a health resolution boosting session at the Beaulieu Natural Health Clinic (including Nutritional Therapy, clinical hypnotherapy or ‘Toned in Twenty’ Personal Training). Pallets also have a new vegan chocolate Brownie to try and a variety of hot drinks made with Barista Oat Milk. Pallets owner Dominic Ide said “We think it’s harder being vegan in the countryside and we wanted to reward and encourage people who had signed up to veganuary. Beaulieu Health Clinic have helped us do that”

The Montagu Arms Hotel and Steff’s Kitchen at Fairweather’s Garden centre also have new vegan items on their menus.

For those who book and pay for a first appointment with the Beaulieu Clinic Nutritional Therapist, Clinical Hypnotherapist or PT during Veganuary there will a free goody bag with over £50 (RRP) worth of healthy nutritious vegan goodies. The pack contains a one month supply of Vegetology omega-3 essential fat supplement, multivitamin and plant-based vitamin D3 spray, a month’s supply of Optibac dairy-free probiotics  and a sample of a high-protein post workout superfood shake by Revolution Foods. (Samples available for key journalists)

Yvonne says “in the UK very few people manage to achieve optimal levels of vitamin D and essential fats and many people have an insufficient beneficial bacteria in their gut so we are grateful to health product manufacturer friends for providing free product to help New Forest residents get off to a healthier start in 2018.”

There is also an offer for Nutritionists for access to the Check Your Nutrition resource that makes checking and logging nutrients in our food simple enough for everyone to use.