Africa will be Represented in the International Surrealism Now 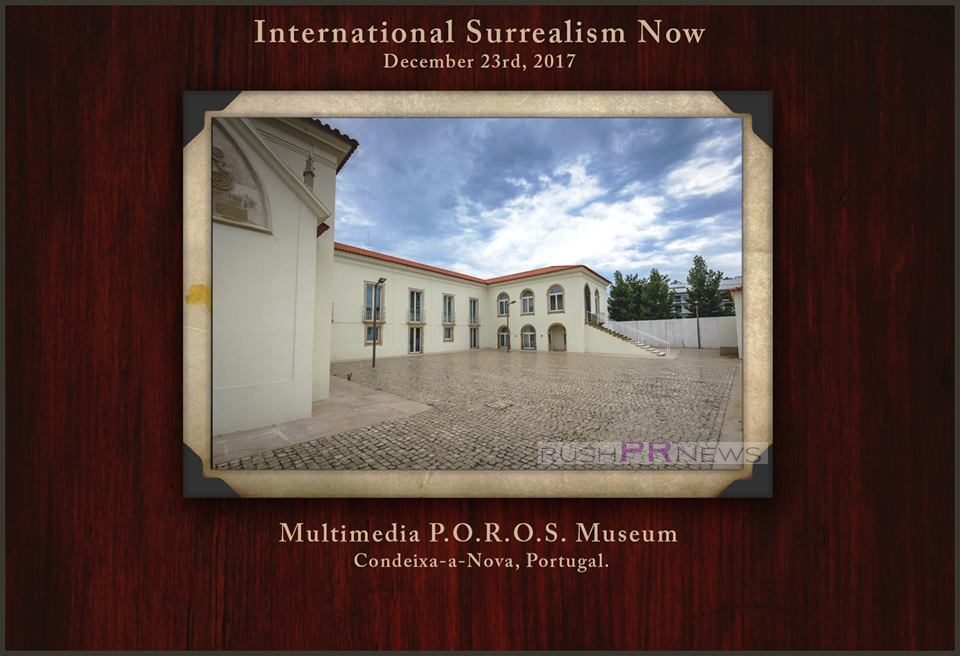 Morocco, Egypt, Nigeria, and Algeria are the African countries to be present in the next edition of Surrealism Now, the largest World Surrealism exhibition of the 21st century which gathers artwork from more than 48 countries.

The International Surrealism Now 2017/18 Art Exhibition will be held in Portugal at Museum Multimedia POROS in Condeixa-a-Nova with participation from 5 continents: Africa, Asia, Americas, Oceania and Europe represented.

Following on from this participation, the organizers, including the mentor of the project, the artist Santiago, are looking for more active participation from the African continent in this event with a great international appeal.

Portuguese surrealist painter Santiago Ribeiro feels that Africa has strong cultural influences and a role to play on the international scene, he said, “due to the large African presence in Portugal, especially from the five Afro-Portuguese countries, it is only natural that African art is included and showcased in this international art exhibit.”

Also, in an attempt to take art to the people en masse – and promote the largest group exhibit of surrealist art this winter — Portuguese surrealist painter Santiago Ribeiro is teasing the public with flash images of his work in the most famous intersection of the world: Times Square.

Ribeiro’s vivid, colorful paintings will be shown sporadically – flashed on random days at random times — on the Nasdaq OMX Group and Thomson Reuters sign screens in New York City until December 31, 2017. They will be up for three whole minutes on the Reuter’s screen for each appearance – ample time for tens of thousands of pedestrians to catch a glimpse.

“As always I´m doing something different and the idea to exhibit in Times Square in New York shows how the mass media is also our modern means to show our art,” Ribeiro said.

Ribeiro’s work has been featured at the U.S. embassy in Lisbon, in the Portuguese American Journal, in Digital Meets Culture, Praad in Portuguese and many other publications. The exhibition sponsors include Bissaya Barreto Foundation, Condeixa a Nova House Mayor and MagicCraftsman Studio.

Ribeiro conceived the International Surrealism Now movement in 2010 in Coimbra with a major exhibit organized by Bissaya Barreto.

The pieces of art from the International Surrealism Now exhibit will be on display at the multimedia POROS Museum in Condeixa-a-Nova from December 23rd. Billed as the largest world exhibition of contemporary Surrealism art in Europe – with more than 100 artists from 48 countries participating – the exhibit of paintings, drawings, digital art, photographs and sculpture is also expected to be shown, at least in part, at several monuments and public spaces throughout Portugal.

The International Surrealism Now 2017/18 Art Exhibition will be held in Portugal at Museum Multimedia POROS in Condeixa-a-Nova with participation from 5 continents: Africa, Asia, Americas, Oceania and Europe represented.